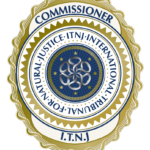 (ANSA) – Vatican City, January 7 – Pope Francis said pedophilia was one of the worst crimes it is possible to commit during an audience with the Diplomatic Corps accredited to the Holy See on Monday. “I cannot refrain from speaking of one of the plagues of our time, which sadly has also involved some members of the clergy,” the Argentine pontiff said.