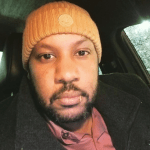 McKinney Treatment: Valor of Cynthia; the Courage Obama Pretended to Have

Let Cynthia’s story serve as a moral of sorts, those who actually try to stand up to the system of corruption and graft in DC have no chance in hell to remain in office. While we are led to believe that the struggle within our government is between “left” and “right” and between Republicans and Democrats, in reality both wings in DC work in concert to perpetuate immoral wars, unjust foreign policies, and unfair economic policies. Those who try to speak against these depravities that take place in DC on a regular basis are either quickly defeated—as opponents are given millions of dollars to overwhelm any elected official who dares stray too far from the plutocratic orthodoxy—or some scandal is unearthed about them as the media is set against them like rabid dogs. In the worst case, those who speak truth to power meet an early demise.