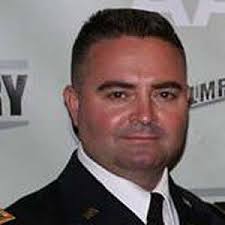 Julian Assange will be presenting material to the US Congress which will do the following:

1.  Confirm that Russia did not provide the cables and emails and other computer materials obtained from the Democrat National Committee computer servers, but instead confirm that Congressional staffer Seth Rich was the source, and was killed for it.  Julian Assange will confirm that  Seth Rich had become disenchanted with the Democrats because of the hypocrisy and betrayal of Bernie Sanders and favoring of Hillary Clinton as the Democrat nominee.  Seth Rich then provided this material after downloading it unto a thumbdrive and providing it to an individual (Walsh) who then turned it over to Wikileaks.  Seth Rich was consequently targeted for assasination by Debbie Wasserman Schultz, and this will be exposed.

2.  Julian Assange will confirm that Roger Stone, Jerome Corsi, and others had nothing to do with coordinating with him to benefit Donald Trump.

3.  Julian Assange will confirm that he shared with Swiss Bank whistleblower Brad Birkenfeld the Wikileaks cables from Hillary Clinton’s State Department communications from 2009 that contained a “racketeering conspiracy to finance terrorism” using the Union Bank of Switzerland involving Robert Wolf (Chairman of the Americas and Brad Birkenfeld’s boss).  Julian Assange will confirm that Attorney General Eric Holder and Assistant Attorney General Lanny Breuer and Loretta Lynch (later AG) conspired to work with Hillary Clinton at the Clinton Foundation, and Donna Shalala (Presdident of Clinton Foundation) and others to confiscate 19,000 Swiss Bank accounts in exchange for a percentage of the funds contained in these accounts.  Many accounts actually belonged to other politicians and high profile Hollywood and international figures.

4. Julian Assange will confirm part of this “pay-to-play” scam by Hillary Clinton entailed the transfer of Chinese Uighar terrorists out of Guantanamo Bay Cuba to Switzerland in order to “make this go away” for the Swiss Government.

5.  Julian Assange will confirm that Bradley Manning (Chelsea) submitted materials that were Mossad videos pretending to be Arabs, torturing people in Iraq in order to justify continuous war.

6.  Julian Assange will confirm that Edward Snowden worked with the CIA to target Brad Birkenfeld in order to obtain Swiss Banker information; and then Snowden worked with Scott Bennett at Booz Allen Hamilton, and also had left America after he saw Scott Bennett and Brad Birkenfeld’s report “Shell Game: A military whistleblowing report to Congress about terrorist financing”

Julian Assange will confirm other things…..more to come.

Phi Beta Iota: We have no direct knowledge but on balance we consider WikiLeaks a useful public service and the manner in which Assange has been treated to be reprehensible. The evidence that both Assange and Snowden are CIA assets engaged in a mix of mass media / mass hysteria and precision take-down continues to grow, see below. Somewhere in here, truth will out.