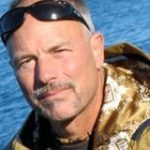 In a nutshell, the United States has been at war in the Middle East, for the purposes of Israel’s plans for world domination since 1991 – 28 years! The longest War in American history.

Iran has done nothing to the United States and in fact is a peaceful nation which has not attacked another nation in hundreds of years. This war is to fulfill Israel’s fantasy of biblical prophecy, not on their God’s timetable, but rather on the timetable of the madmen controlling Israel and the government of the United States.

Yoda: Peace, Not War, with Iran

Robert Steele with Javad Heirannia: No War on Iran If Rouhani “Makes the Call” – His Call Could Trigger the Firing of Bolton, Pompeo, and Perhaps Abrams (Trump Revolution 36)