A Systems Law has Been Discovered

Two individuals, one an attorney, the other an educator with a masters degree in elementary education, Christopher Dunn, Esq. and Cathy LoGerfo say that they’ve discovered a systems law. 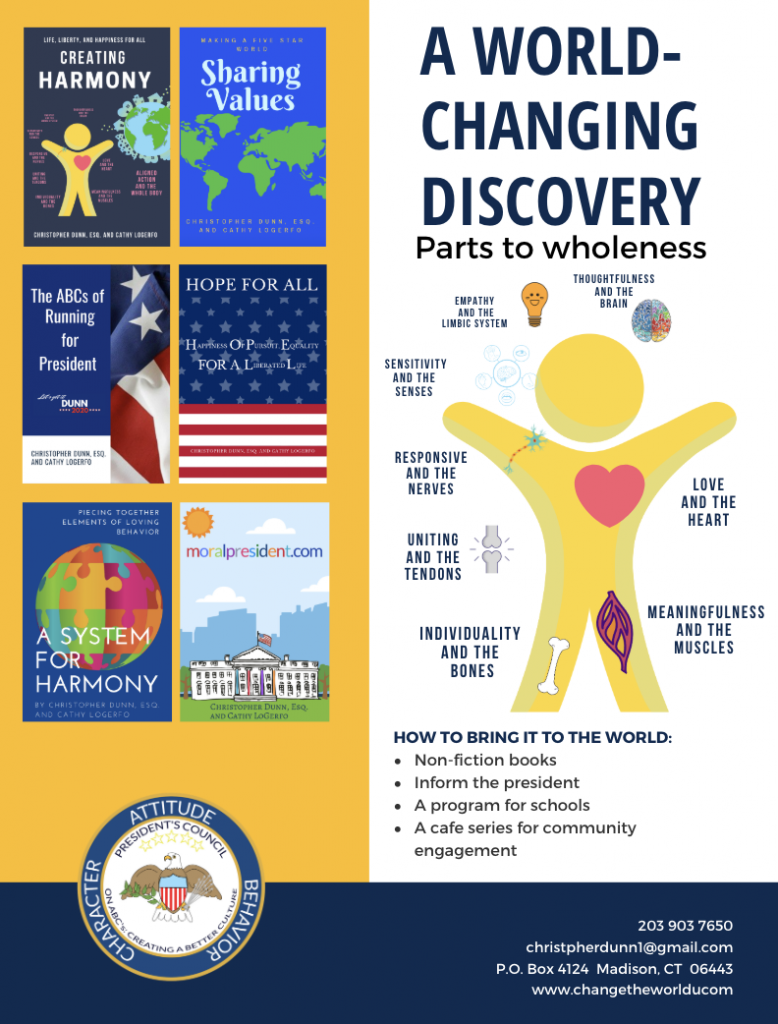 The law they call the Law of Alignment, or Law of Wholeness. It shows that there are parts for orderly, organized societies. Thomas Hobbes, opened his book, Leviathan (1651) with a similar idea, the idea that we could organize our society in the image of the human body. Remarkably, a few centuries later, two individuals have found that he and others, such as Plato and Herbert Spencer were on to something. Yet, what these two authors have found is that it is more than a recipe for ordering society, we can actually recognize that there are parts for harmony, order and organization, that we can use to enhance our relationships. Buckminster Fuller, the great architect and visionary actually envisioned the possibility that they say they’ve discovered exists in nature. It’s not a natural law but rather a scientific law – yet, it’s one that shows that natural law and scientific law may have something more in common than previously realized. The duo has written more than twenty books on the subject. They say it is a way to help bring about the ideals of life, liberty and happiness to a greater degree. It may just be something we, at this time in our history need!