Tip of the Hat to Berto Jongman for flagging this recent video.

ROBERT STEELE: I will be reading and summarizing TRIGGER as I did for the below book:

If our President is willing to spend an hour with David Icke, easily a genius, this fifty-five minute video is worth listening to — even better, invite Icke, against all opposition from the Deep State and Zionists who fear him — to give this lecture and answer questions at the White House.

Toxic masculinity and white supremacism are code words for deep prejudice against man generally and white men as well as strong heterosexual black men.  As the below book that I summarize explains, the Deep State, with elements of the CIA and FBI as its servants, has long been seeking to femininze men, butch up woman, transgender children, and destroy families and communities.

I respect David very much, and I know that there are many like him who  believe that President Donald Trump is the logical white Manchurian follow on the previous black bi-sexual Manchurian Candidate, Barack Obama. The “white shaming” that is so prevalent among those funded by the Deep State and the Zionists (who are playing a double game in US politics, as always), in my view, does not confirm David’s thesis as much as it suggests sheer desperation.

From where I sit, our President was “accidentally” elected against the best laid plan for electoral fraud by Hillary Clinton, and he has a shadow government behind him that is vastly smarter and with a longer term strategy view than can be found in the “face” government. Although there is much that I despise about Jared Kushner and Chabad, I am now open to the possibility that the President has in fact used Kushner (and Bolton) to keep the main enemy — the Deep State and particularly Rothschilds, Chabad, Vatican, and British elite  — close and that he does plan, as Q has said to do the Zionists last.

There is ample time between now and Election Day 2020 for President Trump to implement a broad range of unifying initiatives including:

2. Protect the 2nd Amendment, mandate Open Carry across the country and overturn all red flag laws that lack due process; disclose — as promised — 9/11 as planned and executed by the Zionists with the complicity of Dick Cheney, Donald Rumsfeld, and the leadership of NY, NJ, NYC, and PANYNJ, and all other false flags.

Memoranda for the President on 9/11: Time for the Truth — False Flag Deep State Truth! UPDATE 17: Israel Did It

3. Protect the 4th Amendment, terminate the Transportation Security Agency and sharply redirect the Federal Emergency Management Agency and shut down all 5G across the country (as well as red light cameras)

John Whitehead: Monsters with Human Faces: The Tyranny of the Police State Disguised as Law-and-Order

John Whitehead: You’re Under Arrest, Cockroach — You Have No Rights….

John Whitehead: Jackboots in the Morning: No One Is Spared From This American Nightmare

John Whitehead: The State of Our Union – Divided, Enslaved, Mired in the Mistakes of the Past

4. Fulfil more promises, too many of which are shown below as not done. 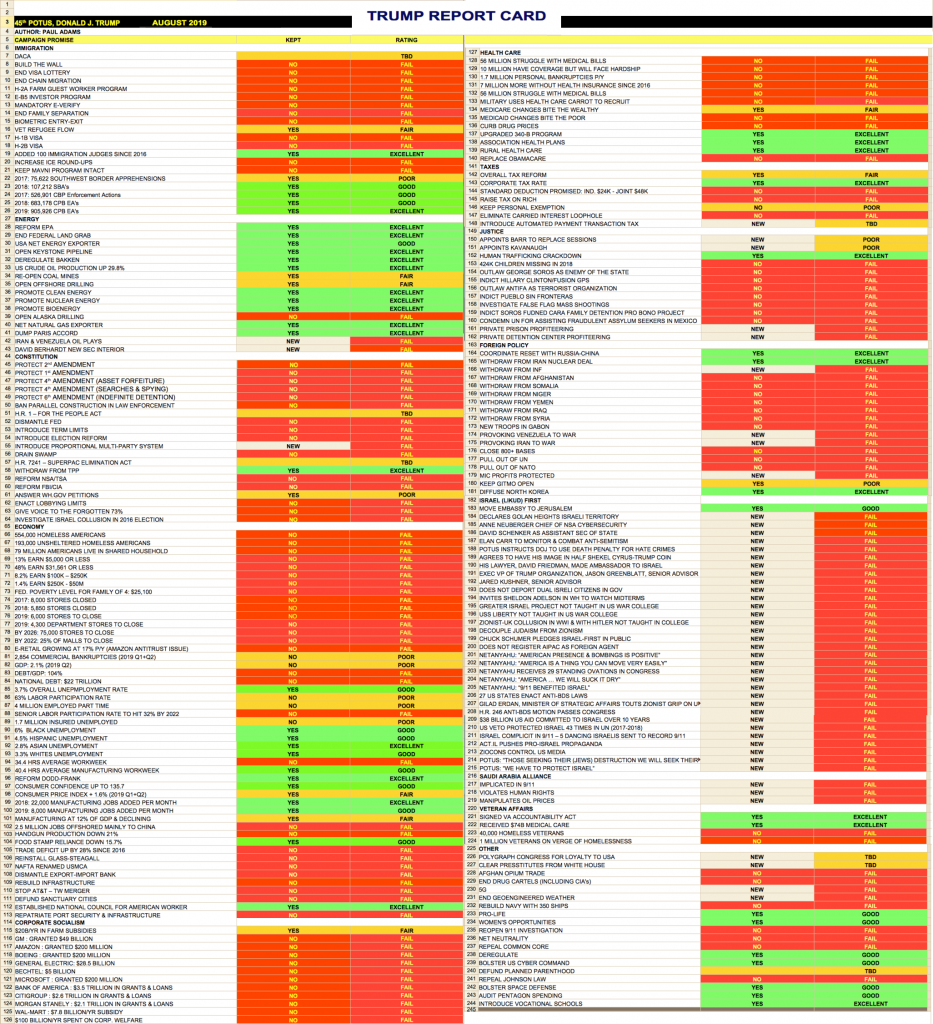 5. Implement #UNRIG: Unity for Integrity (Election Reform Act 2020) in order to finish the job of destroying the Democratic Party, cleaning up the Republican Party, and providing free and equal access to office and vote for the 70% now being disenfranchises. Prove David Icke wrong.

6. Eliminate the IRS and the Federal Income Tax in favor of the APT Tax. 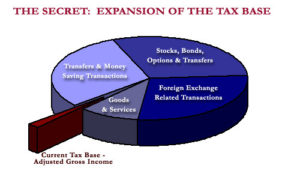 7. Distribute the federal government across the country, cutting it in half. Localize political power and the fnancial power  associated with the APT Tax.

Review: The Tao of Democracy–Using Co-Intelligence to Create a World That Works for All