Everyone Is a Russian Asset

America laughed at Hillary Clinton’s remarks about Tulsi Gabbard, but her ideas fit perfectly in the intellectual mainstream

The #Resistance has come up with all sorts of words for such fifth-columnists and deviationists: they are “false-balancers” or “false equivalencers,” “neo-Naderites,” “purity-testers,” “both-sidesists,” “whataboutists,” “horseshoe theorists,” “Russia skeptics” or “Russia denialists,” and “anti-anti-Trumpers.” Such heretics are all ultimately seen as being on “team Putin.” 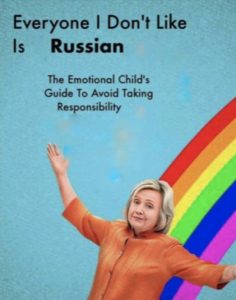