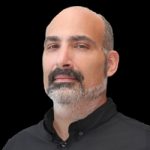 Are These the Five Tweets That Change the World?

Over the weekend I asked whether Donald Trump had risen to the level of Grey Champion. A few days later Trump takes to Twitter and puts a big line item in his resume.

There have been signs of change coming since Trump rightly refused to go to war with Iran over their shooting down an unmanned U.S. drone.

Starting with a major shake up of his cabinet by firing National Security Director John Bolton to his tepid response to the Houthi attack on the Saudi Aramco Abqaiq facility, Trump has sought to defuse a situation that had flown way to close to the sun and threatened to burn millions.

These five tweets taken in context of the past few days, however, blow the lid off a number of narratives as well as ongoing operations.