Authored by Richard Tafel via Quillette.com,

Understanding American politics has become increasingly confusing as the old party labels have lost much of their meaning. A simplistic Left vs. Right worldview no longer captures the complexity of what’s going on. As the authors of the October 2017 “Pew Survey of American Political Typologies” write, “[I]n a political landscape increasingly fractured by partisanship, the divisions within the Republican and Democratic coalitions may be as important a factor in American politics as the divisions between them.”

Phi Beta Iota: The problem with the above, as useful as it might be, is that it is still focused on the 30% that are mobilized by the two-party tyranny, and it does not properly address the 70% who are still disenfranchised. Below are three maps — the Steele – McKinney map, the Paul Ray map from 2008, and the Michael Crane (Political Junkie Handbook) map from 2004 as slightly modified by Robert Steele for his book Election 2008: Lipstick on the Pig. 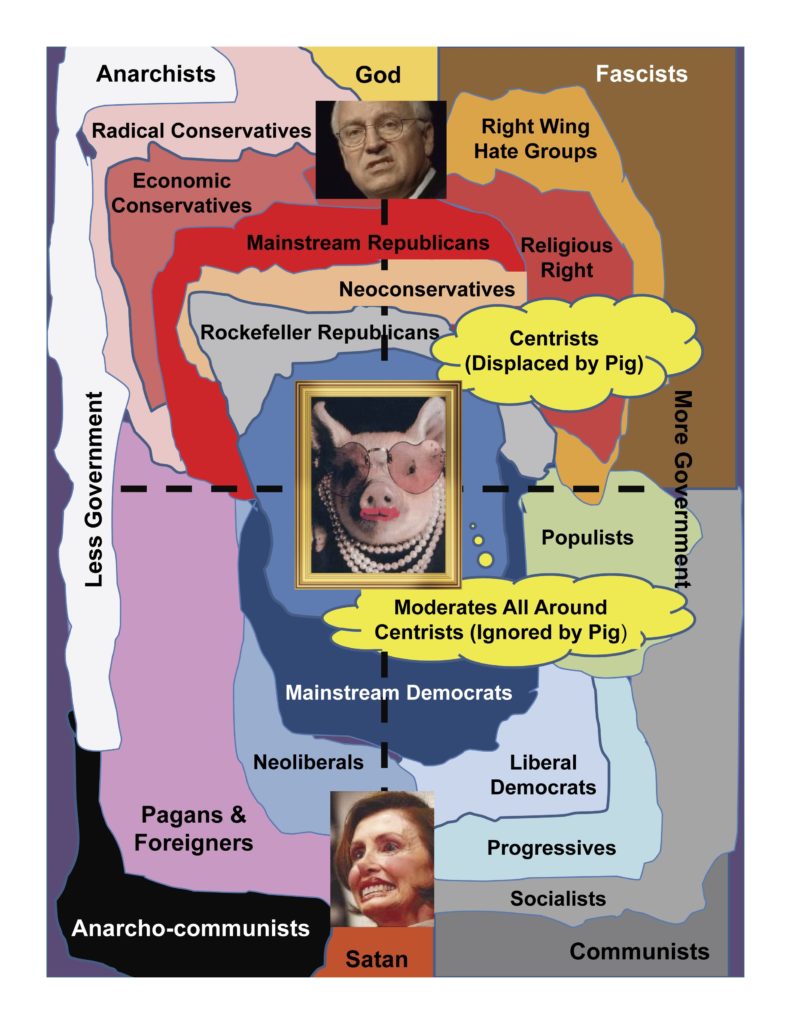