This is EPIC. Below is the full tweet with photo.


As a side note, if Mayor Bloomberg wants to have a prayer of a chance, he needs to understand that Elizabeth Warren is scorning Zionist money and confident of Jewish votes while condemning Zionist settlements and related genocide.


This is resistance! Never allow the legitimization of #ApartheidIsrael https://t.co/MrSsBM1kpR

01 Henry Kissinger is on record: Israel will be gone by 2022 (Palestine restored to the Palestinians). I think 2026 is more likely.

02 Once 9/11 disclosure and Epstein disclosure are accomplished — with or without President Trump’s support — Zionism in the USA is OVER.

03 Mike Bloomberg, for all his flaws, has enough standing to lock the Rothschilds and Adelsons and the treasonous MAGA group (Les Wexner et al) into a survival strategy that cuts losses — end the Zionist parasitic control of the US economy, government, and society, and restore Palestine while closing all US bases overseas and bringing all our troops home, keep the toys. 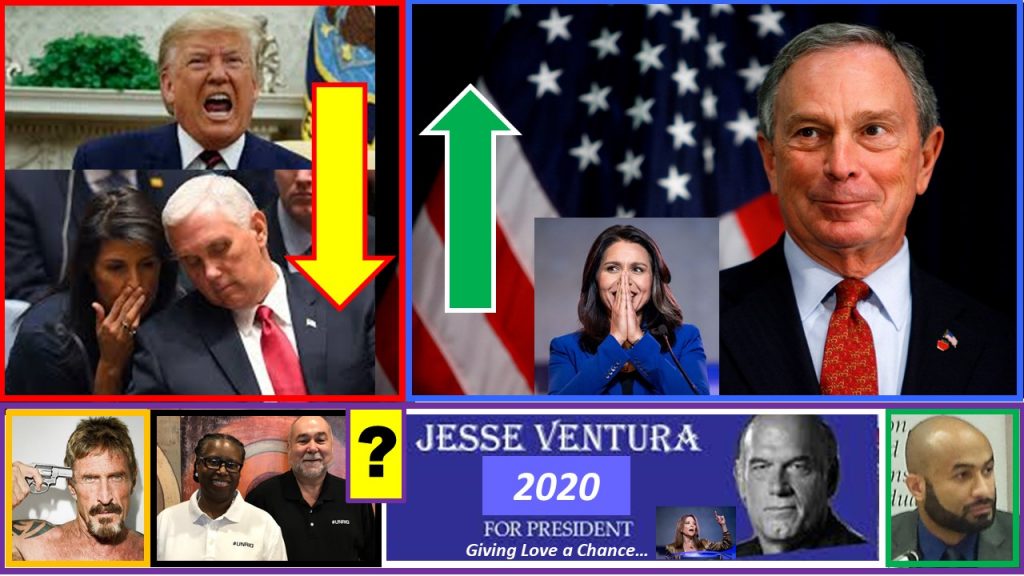 If Mike Bloomberg can thread this needle, he and Tulsi Gabbard will defeat Donald Trump and Mike Pence in 2020 — unless Trump pivots and beats Bloomberg to the punch includinig #UNRIG, student debt jubilee, end of the federal income tax, and more.

2020 is a war for the soul of America. It can be won with moral intelligence.

Steele on Books & America: Love It or Lose It!