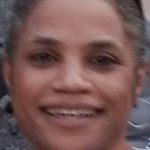 If I were trapped in an elevator with the president, I was say,

“Mr. President, my name is Charlotte Smith and I have written to you often under this name and as C. Harrison-Smith. Are you familiar with my ideas, if not, may I share them with you?

These are my ideas with the goal of returning health, freedom and financial independence to all Americans.

Wipe out all debt and declare a debt jubilee, shut down the IRS and the federal reserve and arrest all coup conspirators behind the impeachment, Mueller investigation. 9/11 and its continuing crimes including financial and terrorists crimes.

Open all public land for settlement of people.

Negotiate an agreement with Canada to relocate the West and East Coast population, if they desire to leave.

Lift all prohibitions against herbal plants and medicines and require insurance companies to cover these and shut down those who refuse.

Stop production of plastics and decide on one grade for everything so that recycling can make sense.

Educate the public about the nature of the human body and its design to operate as a herbivore along with the certainty of disease and early death for ignoring its natural design.

Educate the public about the cosmic reason that malevolent ETs programmed humans to consume animal flesh so that those who chose to continue to do so do it knowingly from a spiritual point of view.

Educate the public about the dangers of dairy to the health of humans.

Make daily exercise a mandatory condition for any health insurance sold in America and eligibility for treatment unless deemed incapable of doing so by a doctor.

Help farmers transition away from animal husbandry into plant based growth with grants to purchase new equipment and training and wipe out all existing farm debt.

Keep remaining animal husbandry in specific controlled areas so as to reduce pollution and contamination.

Increase the percentage of hemp and cannabis crops by 300% immediately but first remove all nanoparticle manipulated seeds from production or as the ETs for new seeds.

Educate the public about the presence of benevolent ET and the disclosure requirement to disarm from high powered automatic weapons and introduce some of the ET so as to speed up the process or disarming, perhaps a melting demonstration to illustrate the futility of keeping the weapons.

Educate the public about the DNA Test Results of the Khazars and outlaw any schemes or artifices using the Chosen People theme to embezzle funds through churches and other organizations on behalf of these people based on any historical claim to Palestine.

Educate the public about the history behind the creation of the Bible and include recent research that shows striking similarities to more ancient text.

Educate the public about fundamentals of genetic science that make Darwinism false. Americans that cling to these old false ideas look foolish in the international community and it lowers respect for us as a nation.

Open the public lands and apportion 20 acres to all African Americans who have identified as such in the last decade and who can provide a US birth certificate. Include construction materials, and state-of-the-art, environmentally friendly, and easy to maintain agricultural setup so that each recipient can produce their own food and let the land and goods remain tax free for 100 years.  Provide construction materials for one health center per 500 people and one school per 1500 children, but let the African Americans decide their own curriculum for history, physics and all sciences, math, physical exercise and trades. Grant lifetime free licenses to grow, distribute and sell Cannabis to each African American who was incarcerated during the racketeering of cannabis that used the color of law to continue the southern slave labor system using the false and misleading “Reefer Madness” movie that confused and frightened the population and suppressed all debate on the Marijuana Tax Act that began the racketeering. For those African Americans who may not desire land, provide a lifetime free of taxation for 6 generations who continue to work in systems outside of agriculture, free college education for 6 generations and guaranteed lifetime minimum income for 3 generations.

Provide the same as above (or reduce acreage according to what remains after apportioning to the African Americans), to ALL Americans with a net worth less than $50,000.00, and insurance policies count towards that total and include the licenses for anyone who was incarcerated for Cannabis.

Declare that America has no interest in weaponizing space and mean it, then repair our relationship with India and tell the geniuses over at NASA to put their pencils in their pants and get along so that those who are unable to adjust to the incoming solar energies can mass migrate to the Moon and then Mars as quickly as possible.

And since the minds of White Americans have been saturated with the wrong ideas in physics and it is so difficult to unlearn errors, get some minorities in there who can be guided by the natural intuitive sensing to move things along faster.

That would be the end of what I would have to say to the president.

The tax on toxins would cut out most of the foods and sundry goods that are poisoning the people. Letting people have free and unfettered access to herbs would significantly improve their health. Giving the licenses would end police harassment because it removes their biggest tool.

After that, the people would decide on their own what type of country they want to have.