Phi Beta Iota: Amazon has filed a frivolous lawsuit, knowing full well that they lost because Microsoft offered a better solution and Amazon tainted it’s bid with grossly unethical behavior obvious to all.

b) Jeff  Bezos without his mask 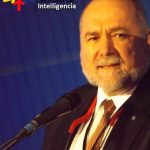 ROBERT STEELE: I was interviewed to support the Amazon legal team, and told the person interviewing me very clearly that the law case was unwinnable.  So the first thing the US Government lawyers should do is depose the Amazon lawyers on when they knew they could not win, why they have lied to Jeff Bezos about being able to win, and/or what they know about this being a deliberate frivolous lawsuit.  Amazon is lost at multiple levels. Bezos and his wife are liquidating, they see the future — Amazon is roadkill for the Chinese.

There was a time when I thought Amazon had enormous potential — in 2007 when I briefed them (they patented some of my ideas and ignored the rest) and even in 2019 when they were bidding for JEDI, but they blew it.

The correct answer for DoD, given a choice between Microsoft and Amazon, is neither. But in the interim, Microsoft won because it did not try to force fit DoD into a cloud only solution; it was a legitimate win; Amazon will lose the lawsuit. The only people who “win” will be Amazon’s lawyers, who are probably lying to Bezos about his prospects, or complicit in his filing a frivolous lawsuit — either of which will carry their billable hours to infinity and beyond…

2007 Steele at Amazon The Movie and the Briefing Graphics