I have been an unabashed fan of General Michael Flynn, USA (Ret) ever since I studied his harsh truths as published in Fixing Intel, and then wrote the article, hand-delivered to Chuck Hagel’s house and intended to stop Mike Flynn from being fired by the Deep State puppet known as Barack Obama, On Defense Intelligence, Seven Strikes.

Below is very good news:

Flynn’s previous law firm (Covington & Burling) really let him down — they are the same law firm that employs Eric Holder, notorious for his Holder Memorandum that eliminated jail  time for Wall Street financial fraud, a policy under Obama that caused naked short selling and other forms of derivative financial fraud to explode.

From where I sit, Mike Flynn should be seeking a return of all monies paid to Covington for their malpractice — at best incompetence, at worst active complicity with treasonous officials seeking to harm President Trump and frame a most talented and truthful General.  Others can decide if it is worth suing Covington for malicious mis-representation. 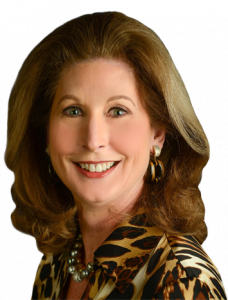 In sharp contrast to these losers, there is Sidney Powell.  I cannot say enough good things about her so let me just observe that in my view she should be the sole candidate to replace Justice Ruth Ginsburg on the Supreme Court.  Her book, Licensed to Lie: Exposing Corruption in the Department of Justice was instrumental in my understanding of the degree to which President Trump needs to actually PURGE the US Government of embedded traitors complicit in financial and other forms of crime, and joined the books of Matt Taibbi and others in leading me to start work on my own book, Licensed to Steal: The Naked Short Selling of America. President Trump needs someone on the Supreme Court who represents the 99% and the rule of law applying to those who make the rules. May God Bless Sidney Powell and keep her strong toward the day that she is nominated — or invited by William Barr to help lead DoJ back to being righteous for all.