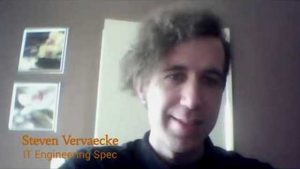 Something tells me the good guy’s have made a giant massive move.

This is a sight to behold:

Of course they are going to downplay this as much as possible. But it seems a mayor assault has been done on much of the silicon valley and telecom infrastructure.

It is really curious such a massive attack happened on the exact day that the age of aquarius activation – mass meditation was done.

The good guys really made a massive move, that is what i feel. Any more detail is speculation at this stage.

ROBERT STEELE: The US Government has the power to take down #GoogleGestapo (Amazon, Facebook, Google, MeetUp, Twitter, YouTube, and lesser others) with a variety of legal means all centered on the mass violation of the  First Amendment as explicitly provided for in the Communications Decency Act. The US Government also has the power to leverage NSA data proving conspiracy, not for use in court, but for justifying executive action against specific individuals who have conspired to interfere with US elections, enable naked short selling and other crimes, and beyond.

As best I can tell the US Government generally and the Trump White House specifically are not yet ready to create an Open Source Agency or Web 3.0 or an uncensorable social ecology rooted in the US Postal Service such that interference with electronic delivery is also subject to legal sanction.

On balance, I believe that #GoogleGestapo has fully demonstrated its perfidy and is now ready to be  taken down and/or brought until control in service to the public.

An Open Source Agency is the fastest means of creating everything we need to make truth the foundation for Election 2020.

Trump Triumph Part III: Mobilize 70% of the Voters Now Dis-Enfranchised — Trade Honest Congress in 2022 for Mother of All Landslides in 2020