Summary Commentary by Ann  Delap Below. 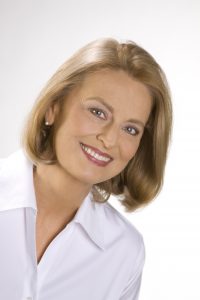 WOW.  Just watched video.  I am more convinced than ever that numerous interstellar races are on a mission to awaken and liberate humanity.  They are accomplishing this by communicating through psychics/channelers as well as direct contact with chosen humans.  The message is strikingly similar, although the details vary.  The Taygeteans  (Cosmic Agency) prefer to  communicate directly in writing as they insist that channeled information can be subject to interpretation and include errors.  This was not possible until the advent of the internet.  Other ET groups continue to use channelers – this probably explains some of the discrepancies.

The areas of disagreement mainly involve dates and lengths of time AND the tampering of human genetics.  Most narratives place civilizations such as Lemuria and Atlantis as 100,000 yrs. old (or older).  The Taygeteans say that Lemuria was founded 40,000 earth years ago, with Atlantis appearing shortly thereafter.  Our current civilization is 12,500 years old and was born in the aftermath of the Great Flood.  Everyone seems to agree that there was a great interstellar war that resulted in Earth being subjugated by a negative race.

As to the tampering of human genetics, some narratives refer to the Sumerian tablets which imply that this was done by the Annunaki to create a slave race.  The Taygeteans insist that this is false.  They say that genetic tampering with DNA was attempted, but failed.  Contrived gene tampering cannot be sustained as it will eventually revert back to the dominate genes.  The genetically modified being the Reptilians created could not reproduce and went extinct.  They went around this by interbreeding with the Lyrans, whom they had conquered and enslaved, allowing the Reptilian gene to be suppressed in order to create a human looking creature.  The enslavement was achieved by mind control – they separated families, destroyed their culture and created a false history of humanity using religion, science and other methods.  According to the Taygeteans, your DNA can be altered through consciousness (you are what you think you are).

Regardless of which faction you believe, the bottom line is the same.  Humans still have all of our 12 original strands of DNA , but only two are active.  The others CAN BE REACTIVATED through consciousness and elevating our frequency.  The interstellars, light workers and starseeds are on a mission to make us aware of this.  Earth is currently going through a transformation that is conducive to elevating our frequency.  However, we have to reactivate our powers ourselves – no one can do it for us.  We have to change our value systems and understand that we are no longer slaves to an old corrupt system.