Alert Reader, a Q Anon, sends this in via email:

EXTRA INFO OFF THE BOARDS:

Nothing Can Stop What Is Coming is more than just a catch phrase. NCSWIC.

Did the Fake News take the bait with the bold text from CISA? Maybe they are telling the truth. Maybe this was the most secure election of all time BECAUSE, as Trump said, “they got caught.” Events that explain why United States Secretary of State Mike Pompeo announced to the world: “There will be a smooth transition to a second Trump administration…We're ready”, and why the White Housetold federal agencies yesterday to proceed with plans for President Trump’s February budget—while at the same time, Director of National Intelligence John Ratcliffe sent out a memo saying that his powerful spy agency “will not interface with the Biden transition until it’s clear who won”—which makes sense, as just weeks ago, DNI Ratcliffe cryptically warned of more criminal indictments coming from feared United States Attorney John Durham.

In March 2020, in recognition of the growing convergence of cyber and traditional financial crimes, the U.S. Secret Service began the process of merging its Electronic Crimes Task Forces (ECTFs) and Financial Crimes Task Forces (FCTFs) into a single unified network, what is now known as the Cyber Fraud Task Force (CFTF). This consolidation was the culmination of more than two years of planning, multiple pilot programs, and input from key partners and stakeholders. Today, the Secret Service has operationalized CFTFs in 42 domestic offices and in 2 international locations, London and Rome. In the coming years, the Secret Service plans to further extend the network CFTFs through it’s over 160 offices across the country and around the globe.

Full 20 min video link, watch it, you'll be glad you did!

REPORT: Two @DHSgov & @CISAgov Officials have been forced to resign by the @WhiteHouse. They are Bryan Ware who was assistant director for cybersecurity at @CISAgov & @DHSgov assistant secretary for international affairs Valerie Boyd.

The information contained on this page is the result of analytic efforts of the Cybersecurity and Infrastructure Security Agency (CISA) to provide technical details on the tactics, techniques, and procedures used by People’s Republic of China (PRC) cyber threat actors.

On October 1, 2020, in light of heightened tensions between the United States and China, CISA released an alert providing specific Chinese government and affiliated cyber threat actor tactics, techniques, and procedures (TTPs). The alert also includes recommended mitigations to the cybersecurity community to assist in the protection of our Nation’s critical infrastructure.

On August 3, 2020, CISA, the FBI, and the Department of Defense (DoD) released Malware Analysis Report MAR-10292089-1.v1, which states that Chinese government actors are using malware variants in conjunction with proxy servers to maintain a presence on victim networks and to further network exploitation. CISA, FBI, and DoD are distributed this MAR to enable network defense and reduce exposure to Chinese government malicious cyber activity:

“FLASHBACK: 2016-During an #Illinois Board of Elections meeting, VP of Engng for #Dominion Voting, #EricCoomer, was asked if it's possible to bypass election software & alter data tables running elections. His response was, “Yes, if they have access.” 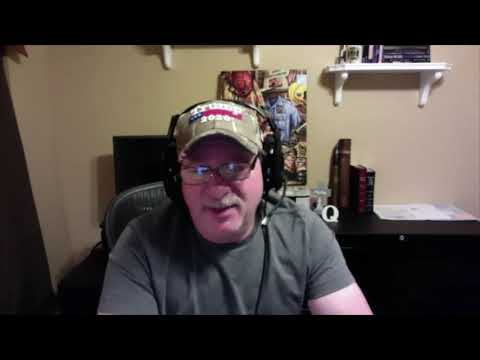