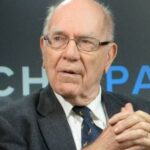 Unfortunately, the chosen Commission members side with the British Empire against the fundamental principle that separates the United States from it. They are clearly geopolitical “Iagos” (see Shakespeare’s Othello) acting in concert with Secretary of State Mike Pompeo and others in the enemy cabal that has worked the “inside” track in alliance with the “external” attacks on Trump that began prior to his inauguration. This may seem shocking, but it is totally consistent with well-known British strategy: Run both sides of the conflict.

Phi Beta Iota: There is a lot of valuable perspective in this article.  The British (and Zionist) Day of Atonement looms.

Matt Ehret: Why Canada Failed the ‘Ben Franklin Challenge’ in 1776