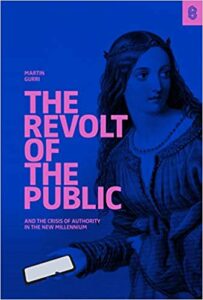 In the words of economist and scholar Arnold Kling, Martin Gurri saw it coming. Technology has categorically reversed the information balance of power between the public and the elites who manage the great hierarchical institutions of the industrial age government, political parties, the media.
The Revolt of the Public tells the story of how insurgencies, enabled by digital devices and a vast information sphere, have mobilized millions of ordinary people around the world.

Originally published in 2014, this updated edition of The Revolt of the Public includes an extensive analysis of Donald Trump’s improbable rise to the presidency and the electoral triumphs of Brexit and concludes with a speculative look forward, pondering whether the current elite class can bring about a reformation of the democratic process, and whether new organizing principles, adapted to a digital world, can arise out of the present political turbulence.

“All over the world, elite institutions from governments to media to academia are losing their authority and monopoly control of information to dynamic amateurs and the broader public. This book, until now only in samizdat (and Kindle) form, has been my #1 handout for the last several years to anyone seeking to understand this unfolding shift in power from hierarchies to networks in the age of the Internet.” –Marc Andreessen, co-founder, Netscape and Andreessen Horowitz

“We are in an open war between publics with passionate and untutored interests and elites who believe they have the right to guide those publics. Gurri asks the essential question: can liberal representative democracy survive the rise of the publics? –Roger Berkowitz, Founder and Academic Director of the Hannah Arendt Center, Professor of Politics and Human Rights at Bard College

The Prophet Of The Trump Era

Review of Martin Gurri’s “The Revolt of the Public,” the book that called both an uprising and a reaction

ROBERT STEELE: The CIA analyst has done well but is shallow.  My own work on revolution is vastly more nuanced. 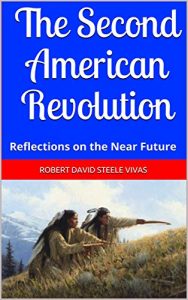 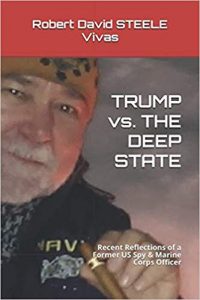 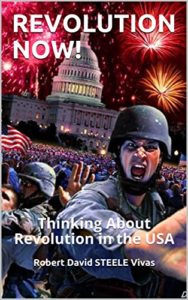