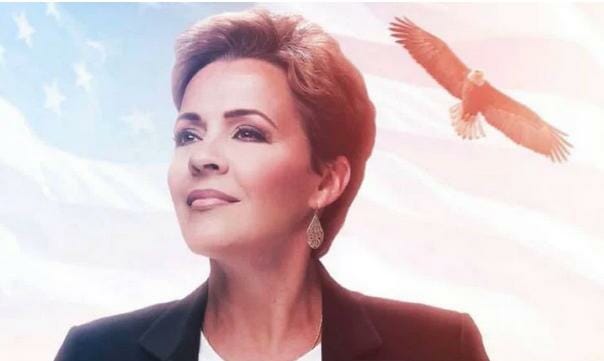 0Shares
Maricopa County Superior Court Judge Peter Thompson found Kari Lake’s lawyers had not proven Maricopa officials committed any kind of misconduct and dismissed Kari Lake’s election lawsuit against Democrat Katie Hobbs. Republican Kari Lake lost the election to Democrat Katie Hobbs by 17,000 votes. Hobbs is Arizona’s Secretary of State, and oversaw her own election against Kari Lake. At least 40% of the voting machines were malfunctioning in Maricopa County on Election Day as the ballots were rejected by the tabulators because they were 19-inch ballots on 20-inch paper.

“My Election Case provided the world with evidence that proves our elections are run outside of the law. This Judge did not rule in our favor. However, for the sake of restoring faith and honesty in our elections, I will appeal his ruling.” Kari Lake said.

Hobbs, Arizona’s Soros-funded Secretary of State, oversaw her own election against Kari Lake.

Vote tabulators across Maricopa County were not working on Election Day.

According to testimony from a cyber election expert, the ballots were rejected by the tabulators because they were 19-inch ballots on 20-inch paper.

42% of the ballots (48 out of 113 ballots) examined by investigators in Arizona Election Challenge by Kari Lake were 19-inch ballots produced on 20-inch paper.

These ballots all jammed the tabulators on Election Day in Maricopa County.

The ballots were all printed at Runbeck Company, a printing corporation run by a very liberal Arizona family that strictly donates to Democrat candidates and causes.

The flawed ballots were handed out on Election Day when officials KNEW Republicans would come out in force.

·  Whistleblowers: Tens of thousands of illegal ballots counted, many with little to no signature verification.

·  Uncounted “Door 3 Ballots” were co-mingled with already tabulated ballots. There is strong reason to believe the actual number of door 3 ballots is far greater than the reported 16,724

·  Katie Hobbs and Stephen Richer both colluded with the federal government to censor constituents. This is election interference and a violation of the First Amendment.