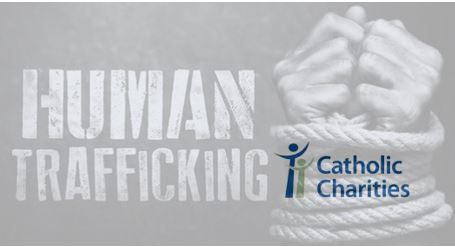 Ben Bergquam, a patriot who is Catholic, exposed Catholic Charities in McAllen, Texas for trafficking people into the US. He said that Catholic Charities is a social justice organization tied to the undermining of America by the left. He said that the US government has paid Catholic Church over $3 billion for trafficking migrants. Bergquam reported cell phone data shows that 71% of the illegal aliens are being delivered to Republican congressional districts by design, which he said is a crime.

According to child advocate attorney Liz Yore, Catholic Charities has received $97 million for trafficking ‘unaccompanied children’ in 2022. US Customs and Border data states that there are 266,000 unaccompanied minor children who have crossed the US border illegally and she said these ‘orphans’ have been dumped with sponsors who have not been vetted and are often illegal aliens. Sexual predators prey on vulnerable children. She compared that number to the 400,000 children already in foster care in the US and says that healthcare, education and welfare systems will be destroyed by the additional population of children. Yore said that the government is paying Catholic Charities, Lutheran Social Services, and other NGOs a lot of money because they provide cover for the government and the NGOs are not subject to Freedom of Information Act (FOIA) requests. The cartels are making $13 billion per year on human trafficking and fentanyl; this figure is a 2500% increase over the profits they earned when Trump was in office. She called for whistleblowers to expose the scheme to the American people. She said that people need to pressure their churches to stop the exploitation of children.