Look at the amount of supply interruption from 1 crack in 1 bridge across the Mississippi.

As I have pointed out in the Gray Swans, if/when the New Madrid earthquake goes off it is estimated the majority if not all bridges will be damaged and unusable. The earthquake is overdue.

Reporters Once Challenged the Spy State. Now, They’re Agents of It
What a difference a decade makes.

Just over ten years ago, on July 25, 2010, Wikileaks released 75,000 secret U.S. military reports involving the war in Afghanistan. The New York Times, The Guardian, and Der Spiegel helped release the documents, which were devastating to America’s intelligence community and military, revealing systemic abuses that included civilian massacres and an assassination squad, TF 373, whose existence the United States kept “protected” even from its allies. 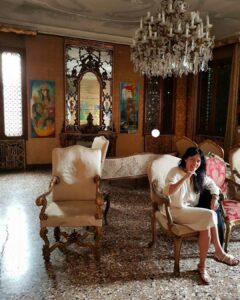 Nora Maccoby is a fourth-generation artist, whose work has been featured in LandEscape Art Review; in Venice during the 2017 Biennale; at the Smithsonian Arts and Industries Museum in December 2017; and in January 2018, she was awarded the International Prize Leonardo da Vinci in Florence, Italy, by Art International Contemporary. She recently exhibited her Renaissance Time Traveler series at the Temple University Gallery in Rome, and her show and published catalogue-philosophy book “Identity Cartography: Maps and Symbols for the Heterarchy” exhibited at the Woman’s National Democratic Club Museum in 2018.  She received a BA in Theater and Government from Oberlin College and an MFA from The American Film Institute in Directing.  She was co-writer of the films Bongwater (Jack Black, Andy Dick, Luke Wilson) and Buffalo Soldiers (Joaquin Phoenix, Ed Harris, Anna Paquin), winner of The Evening Standard Award for Best Screenplay of 2003.  Her book, The Energy Conversation, was published by the Center for Naval Analysis (CNA) in 2009.  Her latest book is the meta-science fiction The Intelligence. 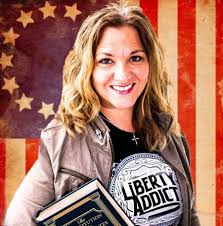 KrisAnne Hall is an attorney and former prosecutor, fired after teaching the
Constitution to TEA Party groups – she would not sacrifice liberty for a paycheck. She is a disabled veteran of the US Army, a Russian linguist, a mother, a pastor’s wife and a patriot. She now travels the country and teaches the Constitution and the history that gave us our founding documents.

END_OF_DOCUMENT_TOKEN_TO_BE_REPLACED

Early in her career she was an engineer for Chrysler Corporation, but left there in 1979 after a full, spontaneous awakening of kundalini to study the brain, consciousness, intelligence, intuition, and cognition.

This was followed by 18 years of work as an educational consultant specializing in Accelerated and Brain-Compatible Teaching and Learning, working with both schools and corporations.

END_OF_DOCUMENT_TOKEN_TO_BE_REPLACED 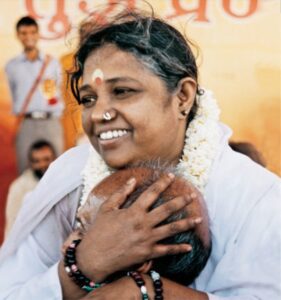 Mātā Amritānandamayī Devī (born Sudhamani Idamannel; 27 September 1953), better known simply as Amma (“Mother”), is an Indian Hindu spiritual leader, guru and humanitarian, who is revered as a hugging saint by her followers.

In the book The Timeless Path, Swami Ramakrishnananda Puri, one of Amṛtānandamayī’s senior disciples, wrote: “The [spiritual] path inculcated by Amma is the same as the one presented in the Vedas and recapitulated in subsequent traditional scriptures such as the Bhagavad Gita.”

Amṛtānandamayī herself says, “karma [action], jñana [knowledge] and bhakti [devotion] are all essential. If the two wings of a bird are devotion and action, knowledge is its tail. Only with the help of all three can the bird soar into the heights.” 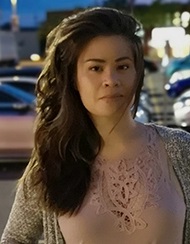 Cynthia is editor and co-founder of the Rising Tide Foundation.

She has lectured on the topics of Schiller’s aesthetics, Shakespeare’s tragedies, Roman history, the Florentine Renaissance among other subjects.

She is a writer for Strategic Culture Foundation, is a classically trained pianist, has experience in leading choral works and holds a BSc in Molecular Genetics.