Very interesting……Jobs sees the same things as other leaders, but he perceives them differently.

The key to thinking differently is perceiving things differently. To perceive things differently, you must be exposed to divergent ideas, places and people. This forces your brain to make connections it otherwise might miss. Steve Jobs has done this his entire life. He dropped out of college so he could “drop in” to classes that really interested him, such as calligraphy, whose lessons would come back to him years later when he designed the Mac, the first personal computer with beautiful fonts. Jobs wanted the Apple II to be the first personal computer people used in their homes, so he sought inspiration for it in the kitchen appliance aisle at Macy’s. And when he hired musicians, artists, poets and historians on the original Macintosh team, he was again exposing himself to new experiences and novel ways of looking at problems.

You have to bombard your brain with new and novel experiences. 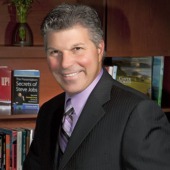 Thomas Friedman, the New York Times columnist, recently wrote that America’s core competency is its ability to attract, develop and unleash creative talent. He suggested that what America needs if it is to emerge from the Great Recession even stronger than before is more Jobs–Steve Jobs. That sounds good on paper, but how does Steve Jobs do it? How did Apple‘s chief executive pioneer the personal computer, revive the Apple brand in 1997 when it was close to bankruptcy and grow Apple into the most valuable tech company in the world? That’s the question I took on in writing my new book, The Innovation Secrets of Steve Jobs.