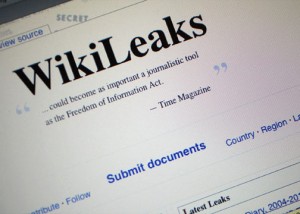 NOTICE: Within DoD, at least all elements of the Army as well as the Marine Corps Reserve have been given direct, unqualified, written orders not to access the Wikileaks site or read the Wikileaks document via any Government **OR** non-Government computer.  This Rolling Update complies with the DoD guidance.

TEHRAN, Iran (AP) — Iran on Tuesday rejected as “suspicious” and “diabolical” disclosures by WikiLeaks on its role in neighboring Iraq.

The vast majority of the WikiLeaks documents on Afghanistan shouldn’t have been classified. I should know, I wrote some of them.

The information that I collected and distributed was open-source — and available to anyone who put in the effort to find out — and yet was being classified by the U.S. military after it had become a matter of public record. This means that the classification was not only a waste of resources, but removed information from the context and conversation in which it was occurring.

This dearth of new information is the real story — not that secrets are finally being uncovered. Rather than offering any insight into the Afghan war, the documents have shown just how irrelevant the closed silos of U.S. intelligence have become.

How the media around the globe have been covering the WikiLeaks revelations, and which parts they are focusing on

n a statement, High Commissioner Navi Pillay said: “The files reportedly indicate that the US knew, among other things, about widespread use of torture and ill-treatment of detainees by Iraqi forces, and yet proceeded with the transfer of thousands of persons who had been detained by US forces to Iraqi custody between early 2009 and July 2010.

Apparently, many people become quite angry when the newspaper which did more to enable the attack on Iraq than any other media outlet in the world covered one of the most significant war leaks in American history — documents 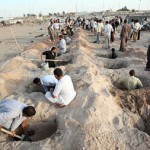 detailing the deaths of more than 100,000 human beings in that war and the heinous abuse of thousands of others — by assigning its most celebrated war correspondent and London Bureau Chief to studiously examine and malign the totally irrelevant personality quirks, alleged mental health, and various personal relationships of Julian Assange.  Imagine that.

Anger over Wikileaks’ Iraq can of worms (euronews)

Human rights groups and governments upset over US allowing torture and indirectly supporting torture by Iraqis of other Iraqis.

So, although the data paints a grim picture, the facts are likely to be much, much worse, because of underreporting.

Murder, rape and the final proof that Britain should never have fought this shaming war (Daily Mail UK)

The Iraq war was fought in the name of ­civilised values and ­common decency. The British and Americans presented themselves as the good guys, bringing ­democracy and the rule of law and ­humanity to a ­dysfunctional country ruled by a lunatic ­genocidal tyrant.

Saddam Hussein’s many crimes against humanity, including his brutal ­persecution of the Shia ­population and his murder of tens of thousands of Kurds in northern Iraq, were ­repeatedly emphasised by the U.S. and British governments before the invasion, though perhaps sometimes exaggerated.

If this neat contrast between good and evil has already worn pretty thin in the seven-and-a-half years since the invasion of Iraq, it has now finally been blown apart by a massive leak of nearly 400,000 official ­American military ‘field reports’ by WikiLeaks.

Blurred demand for US investigation (none will take place) of abuses committed by US troops, but no real focus on the fact that it was Iraqis torturing Iraqis that comprise the bulk of the atrocities documented by the leaked documents.

The New York Times has published one notable hit piece on Assange, focused on “every tawdry, scurrilous tabloid rumor about him,” as Slate’s Glenn Greenwald puts it, rather than the shocking facts of the Iraq war documents.

Lawyers said the reports may embroil British as well as US forces in an alleged culture of abuse and extrajudicial killings.

If the Pentagon had had to disclose details of all casualties in Iraq in real time, the public could have judged ‘progress’ for itself

The archive, which describes many episodes never made public in such detail, shows the multitude of shortcomings with this new system: how a failure to coordinate among contractors, coalition forces and Iraqi troops, as well as a failure to enforce rules of engagement that bind the military, endangered civilians as well as the contractors themselves. The military was often outright hostile to contractors, for being amateurish, overpaid and, often, trigger-happy. 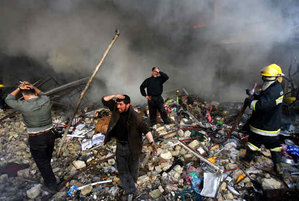 The release of 391,832 classified documents Friday on the website of the whistle-blowing WikiLeaks has refocused attention on the enormity of the violence unleashed by the 2003 U.S.-led invasion.

US under pressure on WikiLeaks allegations (Times of India)

Amnesty International called on Washington to investigate how much US officials knew about the alleged torture and other ill-treatment of detainees held by Iraqi security forces.    Spokesman Malcolm Smart said the leaks fuelled concerns that US authorities “committed a serious breach of international law when they summarily handed over thousands of detainees to Iraqi security forces who, they knew, were continuing to torture and abuse detainees on a truly shocking scale.”   The rights ministry in Baghdad said the logs “did not contain any surprises”.


Iraq’s Maliki: Opponents Will Use U.S. Leaks Against Him (Washington Post)

Maliki’s government also said in a statement in response to the trove of documents released Friday night by the whistleblower group WikiLeaks that it would investigate newly disclosed shootings by employees of the American security company formerly known as Blackwater.

“We’re still very much at the beginning of this story,” an ex-U.S. envoy said.

“Wikileaks,” said the godfather of whistleblowers, Daniel Ellsberg, “has become the future of unauthorized disclosure.”

Certainly the release Friday was a milestone, the result of the largest leak of classified military documents in history and what the editor of the British newspaper the Guardian called “an extraordinary moment in journalism.”

Blackwater, the company from Moyock, North Carolina, is responsible for about half of the attacks, closely followed by Erinys, a British private security company registered in the Virgin Islands, which seems to have an unusually high number of vehicle crashes. 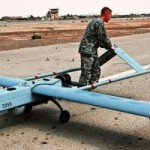 The Iraq War logs reveal new details about an Iranian UAV that buzzed US soldiers, and maybe Iranian refugees, in Iraq.

Gates on AF leak: no threat to national security; Pentagon on IQ leak: world as we know it is ending…. 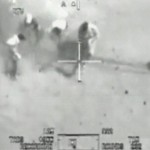 Surrender?  We don’t “compute” surrender….fire at will.

The Iraq Archive: The Strands Of A War (New York Times)

Iran–and out of control US contractors–played larger role than most have understood to date. 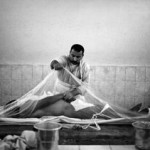 Strong Iranian presence and provision of materiel including push to capture US soldiers.

Pentagon condemns release but does not question authenticity of released documents.

So it’s more than a little ironic that, with its newest document dump from the Iraq campaign, WikiLeaks may have just bolstered one of the Bush administration’s most controversial claims about the Iraq war: that Iran supplied many of the Iraq insurgency’s deadliest weapons and worked hand-in-glove with some of its most lethal militias.

The documents include accounts of Iraqi forces sodomizing and electrocuting prisoners, according to Al-Jazeera News, which has been collaborating along with The Guardian and Le Monde with WikiLeaks on the latest document dump.

In addition, Al-Jazeera is reporting that the documents include more revelations about prisoner abuse, the first official civilian deathcount, tales of murder at military checkpoints and the role of Blackwater, the controversial contractor.

A flood of revelations is expected from the 400,00 confidential Iraq War reports just released by WikiLeaks. Read the Guardian’s summary of the findings, and then check out TIME’s list of the top 10 leaks. (Then watch what WikiLeaks founder Julian Assange thought about the list.)

US forces turn a blind eye to torture (YouTube, undated)

Electrocution, sodomizing with water bottles, beaten to death….FRAGO 242: do not intervene in Iraqi on Iraqi torture.  FRAGO 039 report but do not interfere.