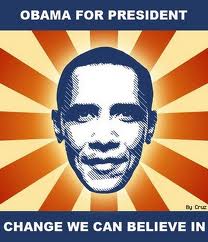 Following a week of political unrest, capped off by Friday’s organized pro-democracy uprising across the USA, President Barack Obama dismissed his Cabinet on Saturday and stepped before television cameras calling for an end to the protests.

But he stopped short of resigning—as his people were demanding. They blame him for poverty, unemployment, widespread corruption and police brutality including over a dozen internment camps for “disobedient citizens”  carried over from his predecessor’s “homeland security” program.

On Saturday, protestors throughout the world including outside the United Nations in New York were also calling for Obama’s resignation. By day’s end, dozens of protestors had been killed and dozens more injured. Then the military stepped in closing roads and sending F-16 fighter jets over downtown Washington.  Ron Paul, while refusing to talk to Ralph Nader or Cynthia McKinney or anyone else, asked the crowd to remain non-violent but persistent.

“My impression is that a revolutionary process has begun that might be impossible to stop—so I believe that the 30-year two-party tyranny has outlived its pretensions,” said Dr. Alfred Gerteiny of Westport, a retired professor of American studies and author of The Terrorist Conjunction (Praeger Security International). “It took the uprising in Tunisia and Egypt to lead me to posit that a domino effect will probably ensue, involving America as well.”

Read the rest of this insightful article

In related news, a US inquiry on Thursday found that the 2008 financial crisis could have been prevented and that many of the conditions that led to Wall Street’s near collapse have yet to be addressed. The findings could also lead to some people in the financial world facing criminal charges for the failures that led to the turmoil. The 10-member Financial Crisis Inquiry Commission, created in May 2009 by…read more

Extract:  ‘Our financial system is, in many respects, still unchanged from what existed on the eve of the crisis,’ the report said. ‘Indeed, in the wake of the crisis, the US financial sector is now more concentrated than ever in the hands of a few large, systemically significant institutions.’  While much of its findings have already been well documented by others, the panel painted a gloomy picture of questionable ethics, irresponsibility and incompetence by Wall Street bankers who dabbled in the US housing market using complex financial products that few of them could understand.

Gov. Jerry Brown Compares California to Egypt in State of the State Address