Britain has for the first time admitted it was spying when Russia’s state security service, the FSB, accused British diplomats of using a transceiver hidden inside a rock on a Moscow street.

Footage showing the alleged spies using the device was aired on Russian TV in January 2006. The FSB described it as “absolutely new spy technology.” 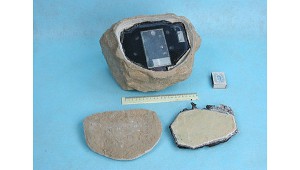 The UK Foreign Office then denied the claims.

But in a BBC documentary due to be broadcast later today, Jonathan Powell, then Prime Minister Tony Blair’s chief of staff, admitted the footage was genuine.

“The spy rock was embarrassing,” Powell said, adding that the Russians “had us bang to rights.”

Phi Beta Iota:  Spy rocks are not new–indeed one must give credit to the US for being the best at developing this technology in times past.  What is most interesting about the report is the suggestion that the British are using non-governmental organizations for “deep cover.”