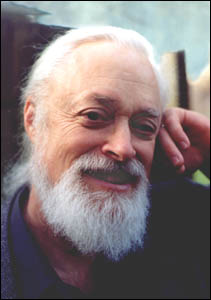 Robert Steele, a long-time colleague of mine and presidential hopeful with the Reform Party (see PS below), has just become the second politician to sign the Co-Intelligence Institute’s Politician’s Pledge http://bit.ly/SteelePledge.  This pledge commits the politician to take seriously any properly convened and facilitated citizens deliberative council – to post its results on their website and either follow its recommendations or publicly say why they can’t or won’t.

This seemingly low-commitment pledge – which requires nothing from the politician except an authentic respect for a legitimate voice of We the People (as described in my post yesterday) – has been declined by a number of politicians.  The only politician to sign it in the past was leading Hawaii Democratic state Senator Les Ihara http://1.usa.gov/LesIhara back in 2004.

Given that we are entering a major election year and the phraseS “the people” and “we the people” are being tossed around a lot, I invite you to consider asking the candidates seeking your support if they will sign the Politician’s Pledge and, if they decline, asking them why not.

Imagine if a few dozen politicians in the U.S. elections – and elsewhere where elections are going on – why, imagine if a few hundred or a few thousand signed the Politician’s Pledge….  Suddenly there would be a political “market” for citizen panels of all kinds – Citizens Juries, Consensus Conferences, Wisdom Councils….  And if a leading candidate made a big deal about their willingness to listen to the authentic, thoughtful voice of We the People and challenged their opponents to do the same, it just might become hard for other candidates to resist signing the Pledge.

And when 20% or 40% or 60% of the politicians signed the pledge – I mean, why not dream big!? – then suddenly the people would have a powerful voice to speak through, to make a difference, to get their collective wisdom pushed into political conversations and public policy.  And suddenly the ball would be in our court.  It would be up to us to convene the citizen panels that would tell the politicians what to do.  And if we did they, the onus would be on them to do what we said.  And if they didn’t, I suspect there would be other politicians ready to say that they would.

And after a while, it would make little difference which party a candidate was from, because the standard by which they were all being judged was how well they honored and supported the informed, thoughtful, creative will of We the People.

C’mon.  Dream with me.  Below you’ll find the pledge and the original “Listen to the People’s Wisdom” campaign, for your consideration and enjoyment.

PS:  Robert Steele’s campaign http://bigbatusa.org (he’s planning to hit a home run) is focusing on Electoral Reform, a Balanced Budget (don’t presume you know what that means until you see the specifics), True Cost Economics (one of the highest leverage approaches to transforming the economic system), and a Coalition Cabinet (no matter what your politics are, you’ll probably be boggled in both directions by the diverse people Steele is proposing for his cabinet).  I have any number of concerns about a number of his proposals, but in a sense that’s almost irrelevant.  I mean, I’ve never seen a candidate I didn’t have *some* real concerns about.  And his platform is one of the most radical I’ve seen and he’s determined to push these potent ideas into the political conversation.  I had issues with him calling his campaign “We the People” because all the ideas in his platform are his and his advisors’, rather than coming from citizen deliberative councils.  But now that he’s signed the Politician’s “Listen to the People” Pledge, I feel he can make that claim.  If he got enough support, he’d probably drum up a few CDCs just so he can play out his Pledge.  He’s a bit wild, I must admit, but he’s extremely high integrity and very dedicated.  Take a look and see what you think….