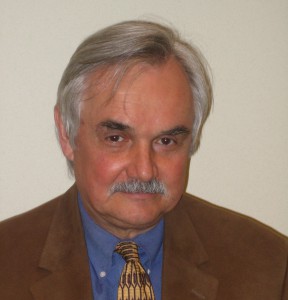 I thought the short piece below might help people better analyze and report on the defense spending budget that will be released on Monday, February 13.  As you know, DOD has already released some numbers; however, they are quite incomplete.  They do not even cover all Pentagon spending, let alone all defense-related spending.  Using the Pentagon’s press release on Monday will likely mean missing the more complete picture.  I try to explain below, and I address where you can find a more complete display of the numbers–all of them.

This Monday, February 13, the Pentagon will release the details of its fiscal year 2013 budget.  The press, congressional staff and think tank-types go through an annual routine, scrambling to get out their take on the numbers and some selected issues.  Some of these efforts are quite predictable; this year we will surely hear about

These and more clever questions are sure to be asked.  But if this year is like the past, the numbers, specifically those in the Pentagon’s press release, will be the wrong ones, and many of the important and fundamental issues will be distorted or ignored.

What follows is an effort to help people through the maze.

This year, the Defense Department has already released the top line numbers for 2013 and the next four years.  They are at http://www.defense.gov/news/Fact_Sheet_Budget.pdf.  But, as usual, they are incomplete-even for knowing the top line.  They are discretionary spending (annual appropriations) and do not include mandatory spending (entitlement programs) in the DOD budget.  The latter amount is only a few billion dollars (peanuts in DOD budget terms), but that only starts the list of missing numbers.

To identify defense spending not in the Pentagon budget you also need to know what the Department of Energy is spending for nuclear weapons, and what other agencies are spending for the National Defense Stockpile, the Selective Service and other activities that the Office of Management and Budget (OMB) calls “Defense-related activities” in the “National Defense” budget function.

You probably will not find these in the Pentagon’s press materials because they frequently aren’t there.  You can always find them at the OMB website, which will post its materials at some point Monday morning.  But you’ll need to know just where to find the complete and accurate number display on the defense budget, lest you get lost in the blizzard of tables and tomes that OMB releases on budget day.  At the OMB website, at http://www.whitehouse.gov/omb, hunt down a document in the 2013 budget materials called “Analytical Perspectives;” then go to the “Supplemental Materials” and find a table titled “Policy Budget Authority and Outlays by Function, Category, and Program.” For the past two years, it’s been numbered Table 32-1.  All the National Defense spending categories are there: DOD, DOE/Nuclear, the other cats and dogs, and both discretionary and mandatory spending are listed.  They are right at the top of this long table; “National Defense,” or budget function 050, is the first display.  Get those numbers straight, and for completeness and accuracy you will be heads and shoulders above the herd using just the Pentagon press release.  There you can also find what the actual numbers were for 2011 and 2012, which given the chaos in Congress, has not been easy to sort out.

Getting to table 32-1 in Analytical Perspectives can be tricky.  For example for 2012, it is not listed in the Table of Contents to “Analytical Perspectives,” and the “Supplemental Materials” for the entire budget did not show it; you want the “Supplemental Materials” for “Analytical Perspectives.”  Also, in the past, there have been other tables labeled 32-2 or something close, but they show the wrong numbers.  You don’t want them; you want “Policy Budget Authority and Outlays by Function, Category, and Program,” and it should, repeat should, be numbered 32-1, unless OMB has messed around with its formatting for 2013.  Perplexing?  Yup.

Next, you might want to assess national security spending not in the Pentagon or even the “National Defense” budget.  In what should be Table 32-1 you can also find the budgets for Veterans Affairs (function 700) for additional costs of past and current wars, and International Affairs (150) for military and economic aid and other State Department programs integral to national security spending.

You can also find some spending for military retirement and DOD health care that is not in the National Defense budget function.  They, however, are hard to tease out. You can find them if you word search in the pdf version of Table 32-1, especially in functions 550, 600 and 900 for “military retirement” and “DOD Retiree Health Care.” But they are a thicket of positive and negative numbers and tricky to net out to an accurate number.  Perhaps it is best to simply be aware that they are there and that they can amount to low double digits of billions of dollars.  Ask your favorite budget geek what they net out to.  If he or she can’t sort it out in a day or two, get a new budget geek.

You still do not have all the defense related numbers.  You don’t have the Department of Homeland Security (DHS).  Go back to the “Supplemental Materials” for “Analytical Perspectives.”  There find “Appendix — Homeland Security Mission Funding by Agency and Budget Account” or “Table 33-1.”  (At least that’s what they were labeled for 2012.)  They should list the budget for DHS which is embedded inside the various budget functions in Table 32-1.  But be careful; make sure you are not double counting any homeland security funding that shows up in both the National Defense budget function or 150 or 700 and the DHS budget.  There should be tables that help you avoid the double counting.

Don’t look for any intelligence community spending; it’s $80 billion, give or take, but it’s not shown; it’s classified and embedded inside the 050 numbers.  Don’t try to add anything for intel; if you do, you will be double counting about $80 billion.

Add it all up and you will get about $1 trillion, very probably more; if you don’t get that high, you are missing something-something big.

Next you may want to make comparisons to show where defense spending is headed.  Some will compare this defense budget to previous plans, showing a gigantic reduction.  Some will compare it to last year’s spending, showing a tiny reduction-basically a flat budget.  One comparison is mostly phony; one is not.  (Hint: Last year I planned to win the lottery.  I didn’t; ergo, my flat salary this year means a gigantic pay cut.)

If you want to go viral on phoniness, compare contemporary spending to historic defense spending using percent of Gross Domestic Product (GDP) as the measure.  That way you can pretend the big recent increases are big decreases, and more huge increases should be oh-so affordable.  Avoid this gimmick, especially those who use it.  Apply that thought also to people who use the same gimmick for non-defense spending.

Finished with the numbers?  Why not address some of the long term, fundamentally important (and disturbing) trends in US defense spending?  Two chapters in the anthology “The Pentagon Labyrinth: 10 Short Essays to Help You Through It” address such things.  One is by Chuck Spinney, and I think it’s an important exposition.  Find it at http://pogoarchives.org/labyrinth/01-spinney-w-covers.pdf.  The other expands on DOD’s habitual misdirection on numbers and briefly addresses the shrinking and aging that are continuing in our combat forces and their equipment.  I wrote that one; find it at http://pogoarchives.org/labyrinth/08-wheeler-w-covers.pdf.  I am sending you this piece with enough time before budget day on Monday to read those short essays and to conjure up your own take on what they mean for questions you should be asking Monday.

I hope this helps.  Have fun on budget day.

Winslow T. Wheeler is the Director of the Straus Military Reform Project of the Center for Defense Information. Download a free, complete copy of the complete “The Pentagon Labyrinth: 10 Short Essays to Help You Through It” at http://dnipogo.org/labyrinth/