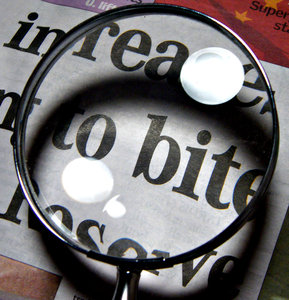 Reviewing the Work of CIA Authors

CIA’s Publications Review Board (PRB) and its small staff perform a balancing act more than 300 times a year, navigating a process sanctioned by the US Supreme Court to clear the writing of Agency authors for nonofficial publication. The challenge: to balance CIA’s secrecy agreement with the Bill of Rights. Business is brisk, as a growing number of former CIA employees seek to become published authors–especially former operations officers reflecting on their clandestine careers abroad.

The variety of material the PRB has reviewed for publication in recent years has encompassed former President Reagan’s memoirs, the Brown Commission Report on the Roles and Capabilities of the US Intelligence Community, and broadsides from timeworn Agency antagonist Phillip Agee. Former employees submit manuscripts directly to the PRB, as do some nonemployees–such as former Defense Secretary Weinberger, Iran-Contra Independent Counsel Judge Lawrence Walsh, and former members of Congressional oversight committee staffs–who, because of their special access to CIA information, seek PRB review before publishing.he had taken two years to write because he had written of a cover life that could not be revealed. Sadly, he was left to ponder the dubious prospect of redoing–and marketing–the book as the life of an investment consultant rather than as a spy.

But success is the rule. The process works. Negotiations with authors almost always result in finding acceptable substitute language and a meeting of the minds: of more than 600 reviews during the past two years, only three were appealed.(1) Not all sailed through smoothly, to be sure. Some experienced delays, especially one seemingly snake-bit, embarrassingly protracted one which a prospective author endured with remarkable good grace, and which happily came to a successful conclusion with his manuscript approved.

Reviews Are Not Optional

Phi Beta Iota: The publications review process at both CIA and DoD are mandatory and beneficial.  They protect authors who desire to be patriotically critical but efficiently compliant.  Yes, the system can be corrupted and cases are legion where political interference has illegally slowed down and mutated the process, but on balance, this is good work done by good people and not to be ignored.