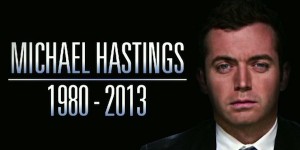 Why Democrats Love To Spy On Americans

Besides Senators Ron Wyden and Mark Udall, most Democrats abandoned their civil liberty positions during the age of Obama. With a new leak investigation looming, the Democrat leadership are now being forced to confront all the secrets they’ve tried to hide.For most bigwig Democrats in Washington, D.C., the last 48 hours has delivered news of the worst kind — a flood of new information that has washed away any lingering doubts about where President Obama and his party stand on civil liberties, full stop.

Glenn Greenwald’s exposure of the NSA’s massive domestic spy program has revealed the entire caste of current Democratic leaders as a gang of civil liberty opportunists, whose true passion, it seems, was in trolling George W. Bush for eight years on matters of national security.

The very topic of Democratic two-facedness on civil liberties is one of the most important issues that Greenwald has covered. Many of those Dems — including the sitting President Barack Obama, Senator Carl Levin, and Sec. State John Kerry — have now become the stewards and enhancers of programs that appear to dwarf any of the spying scandals that broke during the Bush years, the very same scandals they used as wedge issues to win elections in the Congressional elections 2006 and the presidential primary of 2007-2008.

Recall what Senator Levin told CNN in 2005, demanding to “urgently hold an inquiry” into what was supposedly President Bush’s domestic wiretap program.

Levin continued, at length: “It means that there’s some growing concern on Capitol Hill about a program which seems to be so totally unauthorized and unexplained…The president wraps himself in the law, saying that it is totally legal, but he doesn’t give what the legal basis is for this. He avoided using the law, which we provided to the president, where even when there is an emergency and there’s a need for urgent action can first tap the wire and then go to a court.”

There are two notable exception to this rule are Senator Ron Wyden, from Oregon, and Sen. Mark Udall from Colorado, who had seemed to be fighting a largely lonely, frustrating battle against Obama’s national security state.

As Mark Udall told the Denver Post yesterday: “[I] did everything short of leaking classified information” to stop it.

His ally in Oregon, Ron Wyden, was one of the first to seize on the Guardian’s news break: “I will tell you from a policy standpoint, when a law-abiding citizen makes a call, they expect that who they call, when they call and where they call from will be kept private,” Wyden said to Politico, noting “there’s going to be a big debate about this.” The Director of National Intelligence, James Clapper, admitted he’d mislead Senator Wyden at a hearing earlier this year, revising his statement yesterday to state that the NSA didn’t do “voyerustic” surveillance.

The state of affairs, in other words, is so grave that two sitting Senators went as close as they could to violating their unconstitutional security oaths in order to warn the country of information that otherwise would not have been declassified until April of 2038, according to the Verizon court order obtained by Greenwald.

Now, we’re about to see if the Obama administration’s version of the national security state will begin to eat itself.

Unsurprisingly, the White House has dug in, calling their North Korea-esque tools “essential” to stop terrorism, and loathe to give up the political edge they’ve seized for Democrats on national security issues under Obama’s leadership. The AP spying scandal — which the administration attempted to downplay at the time, even appointing Eric Holder to lead his own investigation into himself —was one of the unexpected consequences of one of two leak investigations that Obama ordered during the 2012 campaign.

It’s unclear where a possible third leak investigation would lead. However, judging by the DOJ’s and FBI’s recent history, it would seem that any new leak case would involve obtaining the phone records of reporters at the Guardian, the Washington Post, employees at various agencies who would have had access to the leaked material, as well as politicians and staffers in Congress—records, we now can safely posit, they already have unchecked and full access to.

In short: any so-called credible DOJ/FBI leak investigation, by its very nature, would have to involve the Obama administration invasively using the very surveillance and data techniques it is attempting to hide in order to snoop on a few Democratic Senators and more media outlets, including one based overseas.

Outside of Washington, D.C., the frustration that Wyden and Udall have felt has been exponentially magnified. Transparency supporters, whistleblowers, and investigative reporters, especially those writers who have aggressively pursued the connections between the corporate defense industry and federal and local authorities involved in domestic surveillance, have been viciously attacked by the Obama administration and its allies in the FBI and DOJ.

Jacob Appplebaum, a transparency activist and computer savant, has been repeatedly harassed at American borders, having his laptop seized. Barrett Brown, another investigative journalist who has written for Vanity Fair, among others publications, exposed the connections between the private contracting firm HB Gary (a government contracting firm that, incidentally, proposed a plan to spy on and ruin the reputation of the Guardian’s Greenwald) and who is currently sitting in a Texas prison on trumped up FBI charges regarding his legitimate reportorial inquiry into the political collective known sometimes as Anonymous.

That’s not to mention former NSA official Thomas Drake (the Feds tried to destroys his life because he blew the whistle ); Fox News reporter James Rosen (named a “co-conspirator” by Holder’s DOJ); John Kirakou, formerly in the CIA, who raised concerns about the agency’s torture program, is also in prison for leaking “harmful” (read: embarrassing) classified info; and of course Wikileaks (under U.S. financial embargo); WikiLeaks founder Julian Assange (locked up in Ecuador’s London embassy) and, of course, Bradley Manning, the young, idealistic, soldier who provided the public with perhaps the most critical trove of government documents ever released.

The attitude the Obama administration has toward Manning is revealing. What do they think of him? “Fuck Bradely Manning,” as one White House official put it to me last year during the campaign.

Berto Jongman: Who Murdered Michael Hastings? Why? How?

Gordon Duff: Modern Cars As Murder Weapons — Just Attach A Transceiver to the On Board Computer, and Assume Control — Works on Aircraft as Well

Mini-Me: Cyber-Hacking a Car — Can Do Easy

Phi Beta Iota:  We thought — foolishly as it turns out — that Dick Cheney’s 23 documented acts of treason would wake the US public up.  We under-estimated the inertia and lack of intelligence with integrity across the public domain.  Now we have proof positive that the Democrats are not only no better than the Republicans, but far more toxic to the public interest in their own way.  Meanwhile, the two party tyranny continues to block Independents (now the largest group of citizens engaged in any way with politics) and the other six accredited political parties in the USA: Constitution, Green, Libertarian — the largest after the Independents, Natural Law, Reform, and Socialist.  We continue to advocate Truth & Reconciliation rather than violent opposition to the government, and we continue to believe that Barack Obama has a chance to make things right with an Electoral Reform Act of 2013.

Robert Steele: Saving Obama, the USG, & the Republic — Proposal for the Electoral Reform Act of 2013 – and Ron Paul to the Supreme Court!