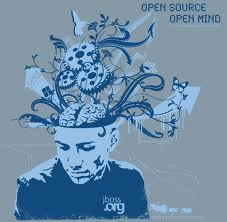 Well, well. This comes from an e-mail I received from Steven Greer at SiriusDisclosure.com.

In case you are not familiar with Dr. Greer, he has been pushing for official disclosure of E.T. and UFO presence going back to the late 1940s. There is ample evidence that at least some UFOs are extra terrestrial spacecraft, and that they have been visiting Earth for hundreds, if not thousands of years.

Unfortunately our government and, to a lesser extent, other governments of the world, put a blackout  on all UFO information in the late 1940s, and have maintained it until today. The good news is that lately, hundreds of people are coming forward and telling what they know.
Below are copies of actual letters dating back as far as 1947, showing clearly that those in the know were concerned about the UFO presence, and the cover up.

“Each wave of sightings adds to the accumulation of reports which defy analysis by present methods….An investigative process in depth is necessary here if, after twenty years of confusion, we want some answers.”  “When the long awaited solution to the UFO problem comes, I believe that it will prove to be not merely the next small step in the march of science but a mighty and unexpected quantum leap.”
from an interview in The Chicago Sun Times, August 1966

“The type of UFO reports that are most intriguing are close-range sightings of machinelike objects of unconventional nature and unconventional performance characteristics, seen at low altitudes, and sometimes even on the ground.  The general public is entirely unaware of the large number of such reports that are coming from credible witnesses….When one starts searching for such case, their number are quite astonishing.”
Hearings before the Committee on Science and Astronautics, US House of Representatives, July 1968

“I would do it [study UFOs], but before agreeing to do it, we must insist upon full access to discs recovered.  For instance in the L.A. case, the Army grabbed it and would not let us have it for cursory examination”
Letter to Clyde Tolson, July 15, 1947

“It is time for the truth to be brought out…Behind the scenes, high ranking Air Force officers are soberly concerned about the UFOs.  But through official secrecy and ridicule, many citizens are led to believe the unknown flying objects are nonsense….I urge immediate Congressional action to reduce the dangers from secrecy about Unidentified Flying Objects.”  (Note his concern is not for the dangers from the objects but the dangers from the secrecy.)
Aliens from Space, Major Donald E. Keyhoe, 1975

Attorney Stephen Lovekin entered the military in 1958.  In 1959 he joined the White House Army Signaling Agency and served under President Eisenhower and then under President Kennedy with an above top secret clearance.  He was familiar with Project Blue Book and related how that project documented highly scientific and specific UFO cases from very reliable sources.  They reviewed photos taken from Air Force pilots, Marine Air Corps pilots, and some foreign pilots and multiple reports of radar lock-ons.  He was also shown a piece of metallic debris taken from the Roswell crash.  While working under President Eisenhower, he discovered that Eisenhower has a keen interest in UFOs , but that Eisenhower came to realize that he had lost control of the subject.