The below letter from North Atlantic Books reverts all foreign language rights less Rumanian back to me.

The book is going to a second printing on the strength of The Guardian profile by Dr. Nafeez Ahmed, and it has been agreed that reverting the rights to me and going for foreign translations by volunteers — but commercial endeavors are not excluded — will be helpful to the Open Source Everything movement.

Spanish is well underway with a US citizen in Bolivia managing the over-all effort, and two Argentine citizens working on four chapters between them.

French via Quebec and Chinese via a US citizen in Beijing are under discussion. I intend to begin posting machine translations shortly as full text foreign language (this explicitly avoids the easier option of posting the book in English for easy Google translation into any of multiple languages. My intent is to honor the publisher’s control of the English version, and the magnificent editorial influence of Kathy Green, while spreading the Manifesto as widely as possible via other languages. 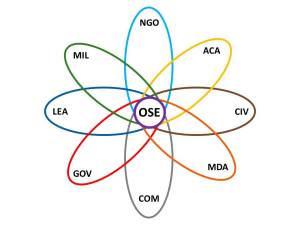 If you would like to translate one or more chapters into any language, with full credit for individual translators and chapters published as they become available, please send an email to me, robert.david.steele.vivas [at] gmail [dot] com. I am also allowed to sell foreign rights, there my intent would be to sell the rights to the hard copy to a commercial publisher, with the online version being free to the public. Anyone orchestrating such a deal would earn 20% of all funds over the life of the deal.