Trump: A Wolf in Wolf’s Clothing

His Freudian slip up in favoring foreign high-tech workers to come into the US on H1B visas, plus his expressed wish to radically lower taxes on business may be a signal to the Technorati that Robb is talking about, that he’s really on their side, no need to start a 3rd party, because after he gets the left behinds – the “losers,” the “fired” – to put him in office, he’ll support the Technorati.

Full Essay Below the Fold 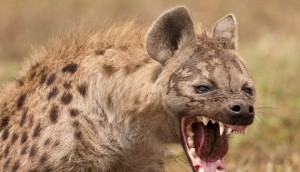 John Robb came out with a typically unique and thoughtful article on Trump where he makes what amounts to a distinction that is fundamental to grasping Trump’s appeal and revulsion that he inspires, depending who is looking . Robb distinguishes the “left behinds” from the “technorati.”

The “technocrati” have benefitted from globalism, technology and all the goodies, status, and money that comes from identification with this group, which is opposed to Trump and are gearing up to form a third party, comprised of people from both Republican and Democrat parties.

The “left behinds” are those who, simply put, did not benefit: those who lost jobs, never to regain anything equal or better, the students with massive loans they cannot pay back because of no jobs, those who lost their homes and are homeless. These are the natural constituency of Trump and also Sanders. But something very important is being omitted in this view regarding Trump, I believe.

His Freudian slip up in favoring foreign high-tech workers to come into the US on H1B visas, plus his expressed wish to radically lower taxes on business may be a signal to the Technorati that Robb is talking about, that he’s really on their side, no need to start a 3rd party, because after he gets the left behinds – the “losers,” the “fired” – to put him in office, he’ll support the Technorati.

Historical precedent is very discouraging on presidential candidates keeping their promises once in office. After they are elected, they forgot most of their promises to the “left behinds”.  Recent historical precedent (Teddy Roosevelt was a long time ago) provides no reason at all showing why Trump would be any different. He is very rich, always has lived a gilded life. He has no idea what it is like to be anxious over fundamental life-threatening financial situations and what it is like to be poor and left behind.  He obviously hates “losers” too. The scowl on Trump’s face – regularly to be seen in images of him, comparable to images of the alpha leader of a hyena pack – does not inspire confidence he is even remotely compassionate or caring towards losers, left behinds, the unfortunate.  Hence there is no rationale whatsoever he actually gives a bleep about the left behinds. 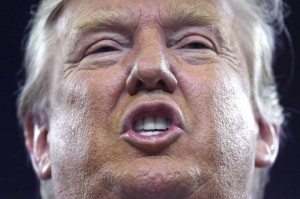 For those who still care about using reason and evidence to show the truth, the probability is very high he cares nothing for his ostensible supporters, except in how he can use them for his own purposes, and which would involve nothing to help them. Hence, given the lack of any evidence that can be found to indicate otherwise, it is an act of pure blind faith to believe he will act to protect the left behinds once elected.  He is smarter than any other of the Republicans in saying what needs to be said to the left behinds to get their support. Since he has no history, unlike the elected Republicans, of favoring grifter/super-wealthy interests, he has credibility to the left-behinds the other candidates cannot buy even if they had a trillion dollars.  His lack of a political paper trail showing he favors the elite gives him a tremendous advantage over all the politicians opposing him, who do show a paper trail of their obeisance to ultra-rich interests.

But given the observations offered above, the likely truth that he too is a snarling ultra-rich elitist whose disdain and hostility to his typical supporters would make it easy for him to sell them out is completely overlooked by his supporters. Proving again the old maxim, if you want to hide the truth, put it in plain sight.

Trump is a wolf in wolf’s clothing, but his followers and supporters cannot see it.