Trump and Bernie on the same ticket; take the ride

Bernie and The Donald. Donald and The Bernie. Can’t agree on much, but who cares. Burn the political house down. Walk away and start a new campaign for the White House.

Left populism plus right populism. Together. 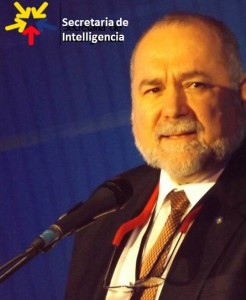 ROBERT STEELE: Jon Rappoport (The Matrix) is one of the independent moral and intellectual leaders I pay attention to. We are clearly thinking along the same lines. Trump has to thread the needle going toward the nomination, but if they deny him, a Trump-Sanders Independent ticket will take it all.I would remind readers that it used to be a Constitutional mandate for the runner-up to become the Vice President. I speculate that Ron Paul and Dennis Kucincich are talking about this — and that the Electoral Reform Act of 2016, introduced by Bernie Sanders in the very near future, could “break” the lock Hillary Clinton has on super-delegates. The Act will not apply to past manipulations by the two-party tyranny, but it will eliminate all state and national level delegate manipulations going forward, and it will “free” the existing super-delegates (e.g. Vice President Joe Biden and Senator Patrick Leahy). We are  a hair away from burning the Establishment mafia to the ground and starting fresh. Since the Republicans are in the majority in both chambers, it will take some deep thinking by Speaker Paul Ryan, perhaps aided by former Speaker Newt Gingrich, to align the egos — the Republicans get Constitution and Libertarian Members; the Democrats get Green and Working Families Members, and the Independents will be the swing vote that keeps everyone honest and evidence-based. Ideally the Act would also end party-line voting and party control of assignments and budgets, and restore Article 1 of the Constitution while assuring that no Member will be penalized for representing their constituents rather than a party (or a billionaire). Regardless of who wins the White House, a Trump-Sanders alliance that kicks off with electoral reform will restore integrity to our electoral process and to our legislative process. That alone warrants their having a conversation.

AFTERTHOUGHT: It’s been brought to my attention that the above is confusing about whether I am focused on getting Trump-Sanders elected or getting the Electoral Reform Act of 2016 considered. My focus has always been on electoral reform, not on any individual political candidate or issue.  Trump is going to be assassinated or self-destruct — Sanders is going to whither away. If the Republican party is seriously stupid they will re-nominate Mitt Romney, the only person certain to lose to Hillary Clinton, if they are slightly less stupid they will nominate John Kasich who has his own issues but far fewer than Trump or Cruz. The key here is not any one individual. The key here is restoring integrity to the electoral process and to the legislative process. Paul Ryan has many gifts — this could be the moment for him to use his power in consultation with Senators Leahy, Sanders, Warren, and others, for the greater good. The two-party tyranny is dead. The question of what comes next has not been settled.