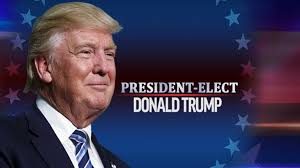 President-elect works on restructuring Office of the Director of National Intelligence, tweets again his doubts that Russia hacked Democrats

ROBERT STEELE: Complete details are not available.The story only covers the retarded bureaucracy over-arching the seventeen agencies, with passing comment on CIA. It is seriously stupid to think — as the article suggests — that you can push fat old (mostly white) people out of Langley’s clandestine directorate into the field. We have to cut the CIA workforce in half — to include dismissing half the children in the analysis directorate which has the opposite problem — and rebuild CIA from scratch, with mid-career hires who actually speak foreign languages and ideally have already created their own non-official cover. We also need to force NSA to do what it has refused to do for decades: provide SIGINT support to counterintelligence at home and tactical HUMINT abroad. I fear the Trump Team does not have enough depth on the intelligence front. I do dare to hope that Team Trump plans to terminate the wanton spying by NSA and CIA on all US politicians, judges, and Wall Street traders. I have published many books, articles, chapters, and posts on intelligence reform, and given  testimony to Congressional and Presidential Commissions, without effect. While Donald Trump is a breath of fresh air, as long as the Members of Congress are “owned” by Israel, Saudi Arabia, and Wall Street, it will be difficult to achieve constructive reform in the public interest. My own prescriptions for Donald Trump and his surrogates can be found at the three links below.

Robert Steele: US IC Allegations Against Russians Are Crap — Our Own Traitors, Not the Russians, Are the Real Enemy, Fake Evidence & Fake News – UPDATE 21

ZeroHedge: Former CIA Spy Has A Christmas Message For Trump