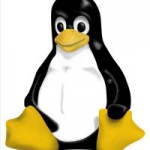 Announcing the news this morning, DFINITY Stiftung said the funding would go toward development of its blockchain protocol, aimed to support a public decentralized cloud computing platform. According to Reuters, $21 million of the total will be dedicated to development, with the rest devoted to a venture fund aimed at supporting developers and teams working on applications of the protocol.