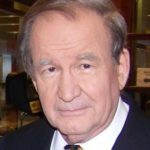 Republicans lately congratulating themselves on a dominance not seen since 1928, might revisit what happened to the Class of 1928.

In 1930, Republicans lost 52 House seats, portending the loss of both houses of Congress and the White House in 1932 to FDR who would go on to win four straight terms. For the GOP, the ’30s were the dreadful decade. Is the GOP staring at another 1930?

ROBERT STEELE:  People not parties! The ONLY alternative to the two-party tyranny is not one party dominance that is unachievable, but rather election reform — making it possible to elect honest individual who STAY honest.