Gina Haspel, the first female nominee to be director of the Central Intelligence Agency (CIA) is going to face some very tough questions in her confirmation hearing.

She has my support on  five conditions:

01 She acknowledges the moral and practical errors of the past, inclusive of the rendition & torture program and the drone assassination program;

02 She acknowledges that much of what CIA does is not worth the money we pay for it, and CIA is severely deficient by virtue of its providing, “at best,” 4% of what the President or a major national security leader needs (and nothing for everyone else). She outlines a path toward fixing all of these shortfalls.

04 She points out that “central” intelligence is an oxymoron in our present state where, for example, NSA processes 1% of what it collects and does not provide meaningful persistent signals intelligence support to military operations abroad, clandestine operations, or counterintelligence operations.

05 She agrees to support the Open Source Agency as a Presidential Initiative to be resident within the Executive Office of the President (EOP), while she takes on the task of consolidating the 30% of the entire secret world that is useful in an expanded Classified Intelligence Agency (CIA).

I realize it is completely unrealistic for me to expect Director-Designate Gina Haspel to break with the “go along to get along” past, but I was there for the rail-roading of Janine Brookner, with whom I served overseas, and I understand just how badly women are treated at CIA, particularly in the Clandestine Service. She did what she had to do to get to the top of a very sordid dysfunctional cabal dominated by overweight white men with zero ethics.

Put simply, Director-Designate Haspel has an opportunity to thread the needle — pass confirmation hearings with a balanced acknowledgement of past misdeeds combined with a provocative offering of glorious future possibilities, and then go “do it.” William Binney and I are in complete agreement, 70% of the CIA as well as the technical intelligence agencies should be de-funded (with a one year soft landing — one year salary and one year re-training – for all employees and contractors displaced by the house cleaning) — at the same time that the 30% worth saving from the NSA, NRO, NGA, and DIA are folded into a re-vitalized CIA that is capable of managing a global non-official cover unilateral clandestine service; a global multinational collaborative clandestine service program; a global all-source 100% processing program emphasizing meta-data rather than blind vacuuming of content; and a global all source multi-lingual multi-cultural analytic program.  The Open Source Agency will be Director-Designate Gina Haspell’s safety net and firestop — not under her control but absolutely loyal to the motto, “the truth at any cost lowers all other costs” (as well as risks).

UPDATE: The Director of National Intelligence (DNI) should be tasked by the President to gracefully and quickly abolish his job after helping the new DCI (Director of Classified Intelligence) absorb the 30% of each agency that is worth saving, and liquidating the 70% of each agency that is not. The DNI has never been more than another layer of worthless bureaucracy whose sole purpose in life has been to further expand the classified intelligence budget.

Intelligence, integrity, imagination. I pray that Director-Designate Gina Haspel has the wit to break with the past and lead us into the future. 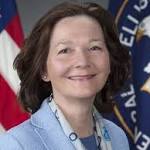 Steele, Robert. “Rigging Elections – and Worse! The Americans Rigged Our Election, Bribed Our Government, Stole Our Gold, Killed Our Men, Raped Our Women, and Poisoned our Air, Water, and Earth – and You Want to Blame Something on the Russians?” Russian International Affairs Association, March 11, 2018.

Steele, Robert. “SOURCES AND METHODS: A PRIMER FOR CONGRESSIONAL INQUIRY,” Washington, DC: US Senate, The Moynihan Commission on Protecting and Reducing Secrecy, March 16, 1996.

02 The Need for Reform Across the Secret Intelligence Community

Steele, Robert. “The Battle for the Soul of the Republic,” Reality Magazine, April 10, 2012

Steele, Robert, “Intelligence for the President–AND Everyone Else,” CounterPunch, March 1, 2009.

Steele, Robert. “Crafting Intelligence in the Aftermath of Disaster [9/11],” International Journal of Intelligence and Counterintelligence, 15/2 161-178, Summer 2002.