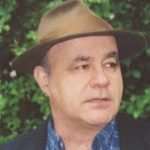 Monday is Memorial Day in the US, dedicated to honoring the war dead.

Cabalist (Masonic) central bankers follow a long-term plan to degrade and enslave humanity. This is what Communism is really about. They finance both sides of every war to make human sacrifices to their God Satan, to make money and extend their tyranny.  Illuminati insider Ronald Bernard said that wars are designed to sacrifice humans. (Starting at 18 min) Are we complicit in satanic human sacrifice by pretending they died in a noble cause? 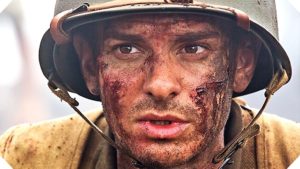 ROBERT STEELE: Worthy of a full read.  Patiotism,, while precious in and of itself, has too often been used as part of a psychological propaganda campaign leading to the sacrifice of entire generations of youth to one end only: profit for the banks. To take just one example, we know now that the Iraq and Afghanistan wars were based on 935 lies and 9/11 as a false flag operation devised by the Zionists, aided by the Saudis, and directed by Dick Cheney. Morons like Wolf Blitzer at Crap News Network call people like me — and Richard Gage of 9/11 Architects & Engineerings for 9/11 Truth — “conspiracy theorists.” That is a term invented by CIA to diminish  those seeking the truth about the JFK assassination, in which elements of CIA under the leadership of Allen Dulles were the core — and included George Bush Senior, then a non-official cover officer for the CIA as well as the son of a US banker who helped funded the Nazi side of WWII. Today the CIA phrase used to diminish truthers is “fake news” only it is not working — a Great Awakening is taking place, aided in part by PizzaGate and the persistence by individuals such as myself whose substantive pedigrees far outshine those of the mediocrities in the media who parrot the Deep State narrative.

I spoke by invitation at Rolling Thunder on 27 May 2018, deeply honored to have the Lincoln Memorial and a large crowd of patriots in front of me, the Washington cellpool, Illuminati penile pyramid, and Capitol behind me. The time is right to put 100% of our voters, starting with veterans, into power.