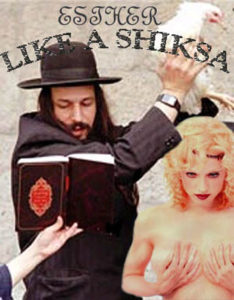 Farrakhan on Trump: He is Destroying Our Mutual Enemies

Many readers might not know that for a decade, I was heavily involved in what’s now known as “The Golden Age of Hip Hop”, in the record business, the film business and TV. For years, I collaborated with members of the Nation of Islam and the Five-Percenters on music videos, feature films and TV segments. Maybe 10% of the artists I worked with were practicing Black Muslims but 100% were influenced by this movement to varying degrees.

Full Text and Video Below the Fold

I was drawn to Hip Hop then for the same reason that I’m drawn to the Alternative Media today: I have always identified with the underdog.

This has led me to increasingly identify with the President. It is crystal clear to me that the same people trying to take down Trump are the people who, in early 2015 began suppressing my site with their algorithms and who abruptly “turned off my chip” with Google AdSense.

I’m talking about Silicon Valley and “the Left” – to whatever degree people who believe in censorship and who want to go to war with Russia and Syria can be called Leftists and not Fascists. I’m talking about anybody who ridicules those who question the mainstream narrative about 9/11 with the 19 hijackers with boxcutters from al-Qaeda – and definitely anyone who says Bin Laden was responsible for 9/11 and that he was killed in a raid in Abbottabad and buried at sea in accordance with Islamic principles.

>When I watch the mainstream news, I see the people who brought us 9/11 and those who protect them and the Orwellian Wehrmacht that ensued, people like Robert Mueller who oversaw the attacks as FBI Director under Dubya and who defended the NSA surveillance programs 12 years later under Obama.

One thing I know for sure is that Trump did not bring us 9/11. It makes me viscerally sick to think that bleeding heart so-called Liberals are on Mueller’s side; on the side of the bloodthirsty establishment who led us into war with Iraq, Afghanistan, Libya and Syria and who propagandize children of color in America to have fear and anxiety because Trump is a “Nazi”.

Back when he had a hit Reality TV show, Trump was never called a “Nazi” – but the minute he won the Presidency away from Killery aka “Weekend at Bernie’s”, the Heiress Apparent of the New World Odor, there was nothing he could do right, in the eyes of the klepto-kakistocracy.

Nation of Islam leader and Black Nationalist, Louis Farrakhan’s feelings on this topic aren’t quite as dizzying as mine – but he is certainly amused at the Trump Effect, saying here, “Trump is destroying every enemy that was an enemy of our rise…

“He’s beatin’ up the FBI! Go at it, Baby! Because they’ve been beatin’ the Hell out of us, ever since J. Edgar Hoover and the counter-intelligence program of the US Government! So, go ahead, Mr. Trump!”

Under the Corporatist panopticon of the Globalists, we are all slaves – or as the late Oglala-Lakota activist, Russell Means said, “The history of the American and the history of the Indian have now come full circle and are intertwined in the dictatorial policies of those that control the monetary system of America…Welcome to the Reservation!”

Phi Beta Iota: Forbidden Knowledge has deleted its original post. Republished as a public service. Zionists (not to be confused with Jews) consider all of us sub-human, shiksas (a whore, does not count). The sooner everyone gets that, the sooner we can expel Zionist (not Jews) from the USA.