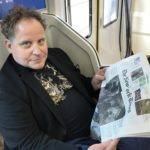 The pushback against Trump’s Zionist blackmail-induced activity in the Middle East could be seen when “the House on May 23 banned Trump from declaring war on Iran without Congressional approval, and Congress on May 24 killed a measure for the U.S. to recognize Golan as part of Israel,” the sources say. In other words, Zionist blackmail against Trump is not going to be enough to allow these fanatics the opportunity to start their long-awaited World War III.

Other Pentagon sources, meanwhile, are saying a major victory against the Zionist-controlled banks was achieved last week and that as a result, trillions of dollars fraudulently obtained after the Lehman crisis is now going to be used for a new financial system.