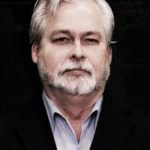 An Open Letter to Mr. Brennan

I implore you, however to cease and desist from continuing to attempt to portray yourself in the public media as some sort of impartial critic concerned only with the fate of the republic. I beg you to stop attempting to portray yourself as some sort of wise, all-knowing intelligence professional with deep knowledge of national security issues and no political inclinations whatsoever.

None of this is true.

Phi Beta Iota: John Brennan is known to have been the Chief of Station in Saudi Arabia (Stan Moscowitz, an analyst and educator, was Chief of Station in Israel for a time). Mr. Faddis renders a useful public service in outing Brennan as a posturer. It is also relevant that while he was COS Saudi Arabia Brennan is believed to have personally approved the visas for all of the 9/11 patsies, and he was in addition the deputy to Buzzy Krongard who ran the Gold War against Russia (an economic war, not approved by Congress, using off budget covert gold that was subsequently laundered during 9/11 by prior arrangement with Dick Cheney and the SEC). Brennan is easily in our top three CIA officers who should be deeply investigated in relation to 9/11. The other two are George Tenet and Buzzy Krongard (not a real CIA officer, just a banker on detail by order of George Bush Senior and Dick Cheney with Junior not having a clue).