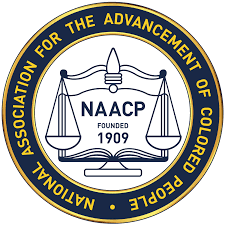 BALTIMORE – Today, the NAACP released results from a new poll, conducted for the NAACP by the African American Research Collaborative and Latino Decisions, pulling data from voters in 61 of the nation’s most competitive midterm races. The poll analyzed views of African American, White, Latino, Asian American, and Native American voters in these districts, which will ultimately decide which party controls the House.

There is a 13 point advantage for the Democratic candidate over the Republican candidate (51% to 38% with 11% undecided) in the House race among all voters, with differences by race/ethnicity.

Other TakeAways below the fold.

Henry Fernandez, Principal, African American Research Collaborative, said, “One of the most interesting findings in our survey is that African American women have the highest negative reactions to Trump.  When asked whether Trump has ever made them feel ‘disrespected,’ fully 89% of African American women said ‘YES.’  No other group was close to this percentage.  This is a new finding that may have huge implications. Trump’s disrespect would appear to be a major motivator for black women to turn out to vote. Given the high turnout of black women in the 2017 Alabama Senate election for example, Trump’s perceived disrespect may have helped flip Alabama’s Senate seat to the Democrats and may be putting the Senate in play in November.”

ROBERT STEELE: Black leaders that I have the good fortune to know are telling me that the polling really only reflects the loss of black females, not black males. They also speak with scorn of Omarosa Manigault, believe that Omarosa is a tool being used to incite a race war, and that Donald Trump is NOT a racist. What they find most troubling about Trump is that he has never had a serious outreach program to blacks, and he is ignoring black men. Were he to mobilize Herman Cain and Cynthia McKinney as well as Kanye West and others, and were he to pardon twelve specific black men now incarcertated, he could blow the top off the black vote at the time of his choosing. While some inner city programs are emerging, the reality is that the President’s communications team stinks — they are incapable of dominating the narrative (for example, announcing several 9/11 Truth initiatives and an Election Reform Act) so  they are merely in reaction mode on Mueller and the Russians.  They have no vision, no imagination, no abillity to help the President reach critical mass among the voters.

UPDATE: The  recording by Omarosa of her exit interview with John Kelly suggests that she may also have a recording of herself in coital passion with Donald Trump in the White House private quarters. There are no accidents.  This is part of the Deep State’s effort to “end” Donald Trump by any means.

WOW: Journalists from the Left AND Right call for Manigault-Newman to be LOCKED up over secret recording of her firing