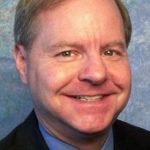 Giving Trump’s accomplishments their due


I’m told by one of my favorite millennials that many of her friends have not heard anything at all positive about President Trump.

The left, which turned a blind eye to the flagrant immorality of Ted Kennedy and Bill Clinton, is ordering evangelical Christians to abandon Mr. Trump. Before too many well-meaning people take the bait, a reminder of what Mr. Trump has accomplished might be in order.

First, America ducked a very large bullet — a reboot of the Obama administration under Hillary Clinton. Although President Obama had a more “presidential style” in some respects than Mr. Trump, he was a disaster. Hillary would have been more of the same.

Here are a few other things that Mr. Trump has done:

• Appointed Supreme Court Justice Neil Gorsuch and more than 75 other constitutionally sound federal judges, 30 of which are serving.

• Cracked down on illegal immigration and “sanctuary cities.” As Attorney General Jeff Sessions put it: “The lawlessness, the abdication of the duty to enforce our laws, and the catch and release policies of the past are over.”

• Engineered a historic tax cut that will save money for more than 80 percent of American households.

• Withdrew the U.S. from the Paris Climate Agreement, ending the threat of U.S. governance by international bureaucrats.

• Presided over an economic and stock market boom, lowered unemployment and brought manufacturing jobs back to America from overseas.

• Cracked down on sex trafficking. President Trump signed a law allowing states to move against sex-ad Internet sites, and the Justice Department on April 6 seized and shut down Backpage.com, which carried ads for prostitution, including trafficked children.

• Replaced Obamacare incrementally, beginning with a repeal of the individual mandate.

• Recognized Jerusalem as Israel’s capital and repairing damage that Mr. Obama did to the U.S.-Israel relationship.

• Worked with Central American nations to crack down on MS-13 gangs.

OK, let’s stop here, though it only scratches the surface.

A question for Mr. Trump’s conservative critics, including some well-meaning evangelicals who rightly express concern over character: Would you really prefer to have a “more presidential” chief executive who promotes socialism, open bordeers, abortion, sexual anarchy and the criminalization of Christianity?

The Trump Presidency: A Success Story

Donald Trump has presided over a soaring economy. Why isn’t he getting the credit?