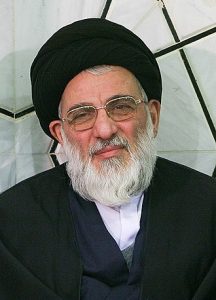 Iran’s Next Supreme Leader Is Dead

And it’s not going to be easy for the Islamic Republic to survive without him.

On Christmas Eve (not that it matters in Iran), Ayatollah Mahmoud Hashemi Shahroudi, one of Tehran’s most understated powerbrokers, died after a particularly grueling year combating cancer. Despite his relative anonymity outside Iran compared to his more outspoken and controversial clerical colleagues, Shahroudi was a quintessential establishment figure with unfettered access to the apex of power and, rather unusually, reasonable relations across factional lines. More importantly, he was also touted as a leading candidate to succeed Supreme Leader Ali Khamenei. His early death not only reshapes but could also greatly polarize the succession politics at play and create more instability for Iran.