U.S. Senate’s First Bill, in Midst of Shutdown, is a Bipartisan Defense of the Israeli Government from Boycotts

S.1 will be a compendium containing a handful of foreign-policy related measures, a main one of which is a provision, with Florida’s GOP Sen. Marco Rubio as a lead sponsor, to defend the Israeli government. The bill is a top legislative priority for AIPAC. It makes it a FELONY for anyone in the US to exercise their First Amendment rights and call for a boycott of the Zionist genocidal apartheid state of Israel. 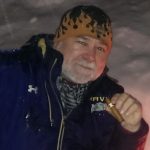 ROBERT STEELE: I have not been able to find the actual planned bill but have decided to leave the post up on faith. Our Senators, led by Zionist Chuck Schumer, generally place Israel First, not America First, and this needs to be a central aspect of the next presidential and congressional election.

27 Zionist Strikes (Zionism is Not Judaism)

S. 1: Strengthening America’s Security in the Middle East Act of 2019 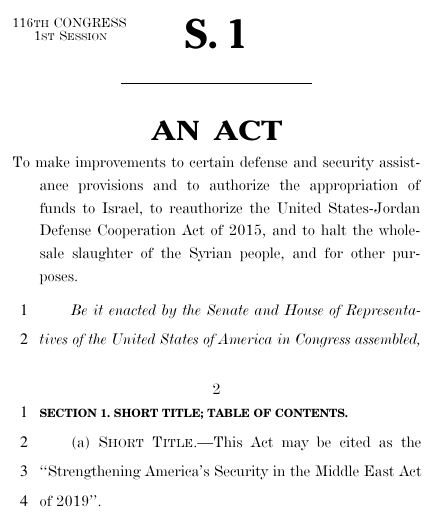 This bill is provisionally dead due to a failed vote for cloture on January 14, 2019. Cloture is required to move past a Senate filibuster or the threat of a filibuster and takes a 3/5ths vote. In practice, most bills must pass cloture to move forward in the Senate.

Added to the Senate’s floor schedule for the next legislative day on Jan 30, 2019.

Prognosis:
3% chance of being enacted according to Skopos Labs (details)