We do not make this shit up.

Is Jared Kushner Dangerous for America? 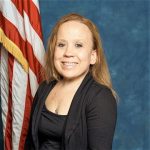 Phi Beta Iota: Newbold, known as “Truther Dwarf,” was savaged after blowing the whistle when  a political hack overturned the right decision by two CIA security and counterintelligence specialists who denied security clearances to Jared “Pretty Boy” Kushner. Kushner, a known sayonim of the Zionist genocidal apartheid criminal state of Israel, is also reported by MI-6 — according to one source in London — to have been sexually and financially compromised by at least one Zionist “sugar-daddy” in NYC going back 20 years. The FBI has declined to investigate these allegations and NSA is keeping all of Kushner’s emails and voice call recordings in reserve for a rainy day.

Robert Steele with Mohammad Ghaderi & Javan Heiran-Nia: INTERVIEW – Trump Will Be Re-Elected, Zionists Not Russians Are the Enemy, Kushner Must Go

30 Zionist Strikes (Zionism is Not Judaism)