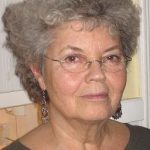 There seems to be things on the Moon that NASA does not want us people to know – so they are lying to us – and have good help from people who either supports NASA, and says it is a “hoax”, or has not done their own research. The truth about the Moon mission is, according to my opinion, as important to expose as exposing 911, the murder of JFK and other big lies.

YES. We did land on the Moon.  YES, there are images that suggest a hoax, but they were created on Earth precisely to support the hoax theory and should not be confused with actual landing images many of which are not public.

Here I offer a few thoughts rooted in my background as a Swedish PhD.

Jack Mullen puts a quote in his text by CIA Director William Casey from early February 1981: “We’ll know our disinformation program is complete when everything the American public believes is false”. It seems as the Moon landing hoax might be the disinformation that the public all over the world now has been indoctrinated by. Richard Hoagland exposes in his book that NASA started the “hoax theory”. And NASA has succeeded. Even here in Sweden intelligent people believes in the hoax.

Buzz Aldrin became 89 years of age this January. I have a special feeling for Buzz Aldrin because he has Swedish roots. A way to honour him and his fellow astronauts would be to do something great, for example start an investigation in your Blog.  I dedicate this public commentary to Buzz Aldrin.

In the beginning of 2019 I send an e-mail to Robert David Steele, whose work I very much admire and value, with a request that somebody could create a serious article about the Moon landing on the Public Intelligence Blog. With that I meant somebody with knowledge could present both sides, the Moon landing “believers” and the Moon landing “hoaxers”, an article that would show the arguments the both sides used to convince their audience and “fight the other side”.   2019/01/28 I found a report on the Blog with the title:

Jack Mullen: Was the US Moon Landing a Hoax? Seven Videos That Prove It Was…

and links to 8 YouTube videos (1 censored by YouTube). All of them “proved” that the Moon landing was a hoax. I had already seen them all and a lot more.

Some of the links were to Bart Sibrel and his movies and videos, for example “A Funny Thing Happened on The Way To The Moon” and “Astronauts Gone Wild”, where Sibrel is attacking the astronauts in a very nasty and unethical way. Buzz Aldrin is telling about that in his book Magnificent Desolation: The Long Journey Home from the Moon (2009).


None of the 7 videos (an eighth was censored by YouTube) are convincing after you have read for example the amazing William Tomkins book Selected by Extraterrestrials: My life in the top secret world of UFOs, think-tanks and Nordic secretaries (2015) or listened to the interviews with him just before he died, 94 years old in 2017. He was working with the Apollo program and he was able to see and hear everything.

Or read Richard C. Hoaglands and Mike Baras book DARK MISSION – The Secret History of NASA, which I highly recommend.

Phi Beta Iota: We have no direct knowledge. The Kubrick “confession” has been at least partially debunked. More compelling are the clear images showing competing shadows as if from stagelights rather than a single source sun BUT as Dr. Hellertz points out, these could have been made here on Earth for other purposes — or even to inspire the hoax theory. We are persuaded that there are at least 26 stellar civilizations, some evil, some pure energy; and we believe — without conclusive documentation — that 2012 was a cosmic turning point for good, with good prospects for humanity living up to its potential in the next 1,000 years. We probably have bases on the Moon, Mars, and perhaps also Saturn, but it will take time to force these disclosures.  A lot of credit to the pioneers in disclosure such as Kerry Cassidy and Michael Salla.