The United City-States Of America, Mapped – An Experiment In Redividing The Country

Authored by Nolan Gray via Medium.com,

From ancient Greece to Renaissance Italy to the Four Asian Tigers, city-states have always punched above their weight. They’ve driven culture forward, facilitated global commerce, and charged ahead of their nation-bound peers.

Notional Map and Hostile Comment by Robert Steele Below the Fold. 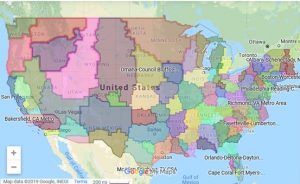 ROBERT STEELE: Cities are how the 1% concentrate wealth and political power while getting away with massive lies and the complete avoidance of holistic analytics and true cost economics.  Thomas Jefferson rightly placed emphasis on agrarian communities with families as the core value proposition because kinship tied to the earth is authentic, inclusive, and truthful. The Electoral College exists in large part to protect the agrarian and rural “center” of America t he Beautiful from the creative but all too often stupid and perverted left and right coasts. Nothing will kill this country faster than letting the populations of California and New York determine our national direction.

The “big plan” of the Democrats is to hold the blacks, empower the illegal citizens, and lower the voting age to 16 so idiot children who take idiot videos at face value can be told how to vote.

We need to restore Main Street over Wall Street, community enterprises over “Big” anything, and kinship — face to face ethics — over legalized lying. We need to restore education as a root element of citizenship, with the ability to think critically and argue with civility a necessary aspect of engagement .

Of the many authors I have encountered over the course of publishing over 2,500 reviews across 97 non-fiction categories (plus 1 for generic fiction), few have impressed me as much as Nassim Nicholas Taleb, who is, as I am, a fan of Ron Paul (less so of Rand Paul). As I articulated in the Trump 2020 piece below, we need to move back toward a distributed family farm America with small cities linked by high-speed rail, each small city completely self-sufficient in relation to food, water, power, and communications. I continue to support our President, but he is playing with just three clubs today — a putter, a wedge, and a #2 wood — because he has a shit staff and no grand strategy and refuses to engage the 73% who did not vote for him in 2016. I pray he realizes “the plan” is half a plan, not the whole enchilada.

Review: In the Shadows of a Presidency by Daniel Estulin

Mongoose: The Plan to Block President Trump from 2020

The United City-States of America? 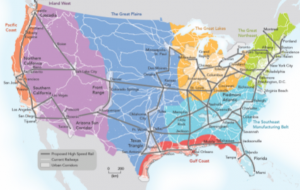