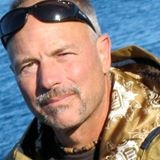 An Iron Curtain around Free Speech in the United States is being constructed piecemeal as States legislate unconstitutional laws claiming to target “Anti-Semitism.” These ‘laws’ define criticism of Israel, Zionism, Jewish influence in America, Jewish domination of the media and other industry, Jewish dual loyalty questions,Judaism, the Talmud and other points of  public discussion about Jewry,(formerly known as the Jewish Question,) or the political agenda of Zionism as a crime punishable under current racial discrimination law and/or newly created Hate Crime color of law.

Could America become an environment as hostile as ancient Israel, imprisoning or even eventually killing those who criticize the Jews? We are moving rapidly in that direction. ADL’s federal hate crimes bill, recently passed by the US House and Senate, is designed to transform America into a speech crimes tyranny just like ancient Israel under its most oppressive leadership. Paster Ted Pike