Alert Reader (an MD) writes in:

Not sure what feedback you got on the teratogenicity of feminizing hormones.

The issue of toxic substances affecting human behavior is well established but not widely understood. Several years ago I read the book written by Dr. Paul Blanc (MD) of University of California San Francisco. A chemical well known from the rayon manufacturing industry is also produced by the breakdown of a certain herbicide (which had a major spill here in California some years back) and also by the ingestion of Antabuse, prescribed for alcoholism. Among many horrible side effects is sexual deviant behavior which was known about before the year 1900. Perhaps you could reach out to him for a posting for your blog. We have to get the religious conservatives on board to clean up our medical system and our environment. 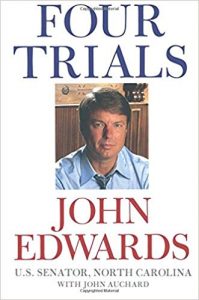 Interesting to me is that John Edwards, in his autobiography, FOUR TRIALS, describes a physician prescribing this drug in higher than usual amounts and causing a severe neurological syndrome in a patient (although he did not describe sexual deviancy, but how could he in a publication). He had a major law practice in medical malpractice prior to entering politics. It occurred to me that he got that case too late to pursue connections to the pharmaceutical industry. He may have a perspective on this issue. He is back in practice.

ROBERT STEELE: I have been hearing from multiple sources that both DARPA and a particularly evil element within CIA have been, for decades, experimenting with both chemical and electromagnetic means of driving down sperm counts, reducing testosterone in men, and generally feminizing entire swaths of a population, ostensibly as a means of reducing their ability to win wars.

There is no question in my mind but that all men — and white men particularly — are now and have for some time been under attack and that a truth channel and the exposure of all of these crimes against humanity — is necessary. I will emphasize that black men were here first and the black race appears to be “root” on earth, and we all have a very long way to go if we are to return to a state of grace with Mother Earth and in the larger cosmic context. I continue to be pleased with the earnest truth of my saying, “we are all black now” and I continue to salute Cynthia McKinney and Randy Short, two leaders in the black community that I absolutely consider White House materiel under a restored US constitutional government in the aftermath of the Second American Revolution.

The illegal immigrant crisis is contrived — many of these individual are arriving with rolls of hundred dollar bills and have clearly been coached. At the same time in Europe the now very effeminate and cowed European males and literally getting down on their knees and avoiding the necessary confrontation and demands of national authorities who have betrayed them all.

We must re-invent intelligence in order to re-engineer the Earth and bring to an end all of the evil that we have allowed to flourish. Educating the public on the truth is the only sustainable (and incidentally non-violent) path forward.

Amazon Kindle: Democracy Riots! We are all black now – deal with it! (Trump Revolution Book 02)